HTC One M8 Dual SIM release for some next week 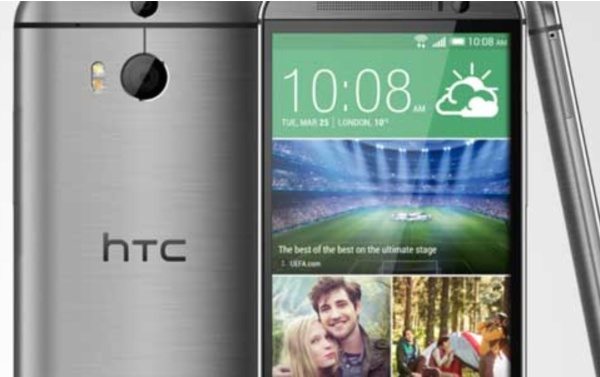 The HTC One M8 is a current flagship smartphone and its top-flight specs and sleek styling have won plenty of admirers since it arrived in March. Now there’s some interesting news for those who prefer a dual SIM device. HTC has announced an HTC One M8 Dual SIM, which is to release for some markets next week.

Dual SIM devices are particularly popular in countries such as India, although there’s no news of a release of the One M8 Dual SIM there just yet. However, the dual SIM One M8 version is set to arrive for sale in several European markets next week, specifically Austria, Germany and Switzerland. HTC has given the One M8 Dual SIM price as â‚¬799, which is notably higher than the price of the standard One M8, so it remains to be seen if this version will attract many buyers.

Specs for the dual SIM variety of the One M8 are the same as the regular version except for the double SIM card support. Therefore buyers can expect a 2.3GHz Snapdragon 801 quad-core processor, Adreno 330 GPU, 5-inch Super LCD3 display with resolution of 1920 x 1080 and 441 ppi, and 2GB of RAM. It has an UltraPixel Duo rear camera, 5-megapixel front-facing camera, and a non-removable 2600 mAh battery, all running Android 4.4.2 KitKat (upgradable to 4.4.4 soon) skinned with HTC’s Sense 6 UI.

There’s no news yet from HTC regarding other regions where the dual SIM HTC One M8 will be made available, although it’s reported that Russia is a likely market. It’s also worth noting that HTC only mentions the Gunmetal Grey color option being available for the One M8 Dual SIM. As it’s virtually the same phone as the One M8, if you want to find out more you can do so by checking out our many previous articles on the One M8 here.

Have you been hoping for a dual SIM version of the HTC One M8 to come to the market? If you are not in one of those regions mentioned for a release above, will you wait to see if it eventually arrives for sale where you are? Let us know by dropping us a comment.