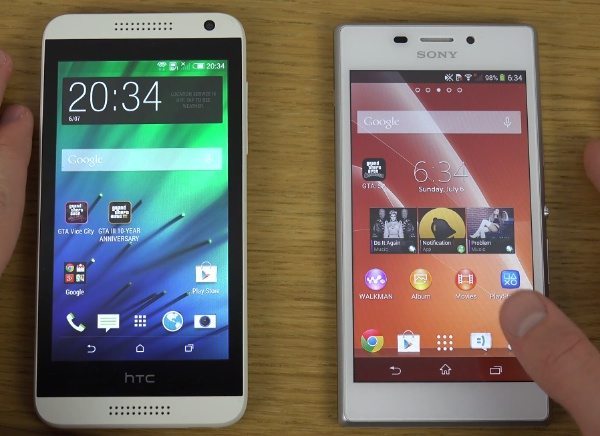 The smartphone market is bursting at the seams with a huge variety and something suitable for all sectors of the market, from low-end handsets to top-notch flagship devices. Today we’re looking at two recently released mid-range smartphones in a Sony Xperia M2 vs. HTC Desire 610 comparison, with a video review as well.

We’ll start with a rundown on the key specs of each and the Xperia M2 is powered by a 1.2GHz quad-core processor, has a 4.8-inch display with resolution of 960 x 540, 1GB of RAM, and 8GB of internal storage (expandable via microSD to 32GB). It has an 8-megapixel rear camera, a VGA front-facing camera, and a 2300 mAh battery, and it runs the Android 4.3 Jelly Bean operating system, with a planned upgrade to Android 4.4.2 KitKat.

Below this story we’ve embedded a YouTube video showing a review of these two phones against each other. It begins by showing the phones next to each other to give an idea of the designs and an opportunity for some close-up looks at them. It continues by showing the different user interfaces of the phones and the operating systems they are running.

This look at the two devices also covers other aspects including the cameras and camera software, displays, battery life, and more, and will give you a good first look at both of these phones. If you want to find out further information then you can check out our previous articles at the Xperia M2 and Desire 610 links provided.

Have you been considering purchasing either of these recent smartphone arrivals? If so, we’d like to know if you’ve made a decision after viewing the video below. Will you opt for the Sony Xperia M2 or the HTC Desire 610?