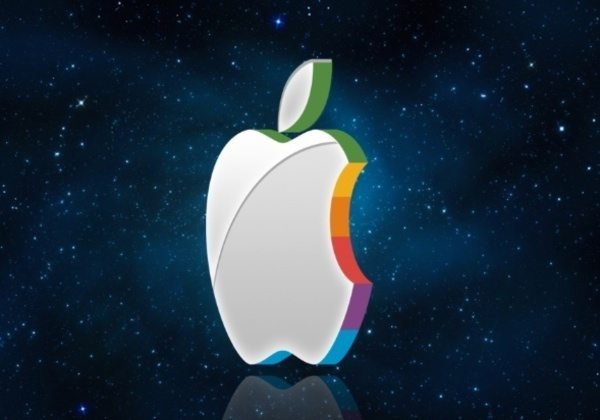 Excitement is building nicely for the Apple iPhone 6. We expect to see it release in fall running iOS 8, and it’s virtually guaranteed to be a success considering the popularity of iPhones before it. We’ve reported on many leaks and rumors regarding the iPhone 6, but something we haven’t much delved into regards the price. Today we’re considering the iPhone 6 cost in the UK and US, and its importance.

It’s widely rumored that there will be both a 4.7-inch display size for the iPhone 6 as well as a 5.5-inch model. In the last few months there have been several reports discussing the possibility of a price hike for the next iPhone, with Apple said to be in talks with US carriers about this. Of course nobody will really know how much the phone will cost until Apple chooses to officially announce it, but if Apple does notably raise the price this could potentially damage sales.

The cheapest version of the current iPhone 5S unlocked from the Apple Store is Â£549 for the UK and $649 in the US, and in India the 16GB option was launched at Rs. 53,500. This makes the US by far the cheapest country to purchase the phone in relatively, for example the equivalent of the UK price would be around $940 for the US.

Considering many Android flagship devices are notably cheaper, Apple is asking a lot from loyal customers if the iPhone 6 cost in UK is higher still, and this also appies to the iPhone 6 cost in India. Everyone expects the iPhone 6 to offer top-notch specs and be a significant upgrade from the iPhone 5S, but the top Android devices already offer impressive specs and features, so there is likely to be a point where customers will feel they are being pushed too far. 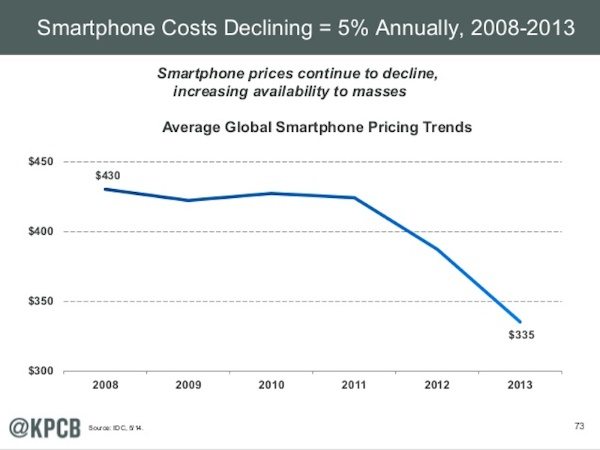 A recent report includes a chart from Apple’s internal marketing, which shows that current market growth in the smartphone market is accounted for by handsets priced at less than $300. Another chart from Kleiner Perkins (above) shows that the average price of a smartphone is in long-term decline, and now iPhones cost around twice as much as the average handset.

This all suggests that besides the specs and features that everybody wants to see, it’s also the price that will play an important part in Apple’s market share for the iPhone 6, a more significant factor than perhaps even Apple realises. The iPhone 6 cost in USA could also make buyers there reconsider their choice, even though the relative price is less there than elsewhere. It will certainly be interesting to see which way Apple goes with this when the pricing for the iPhone 6 is made official, and we wonder what you feel about this.

Are you a prospective iPhone 6 customer? If so, are you willing to pay more than the iPhone 5S to get your hands on the iPhone 6, or is there a limit to how much extra you will pay? Send your comments to let us know.

2 thoughts on “iPhone 6 cost in UK, USA and importance”