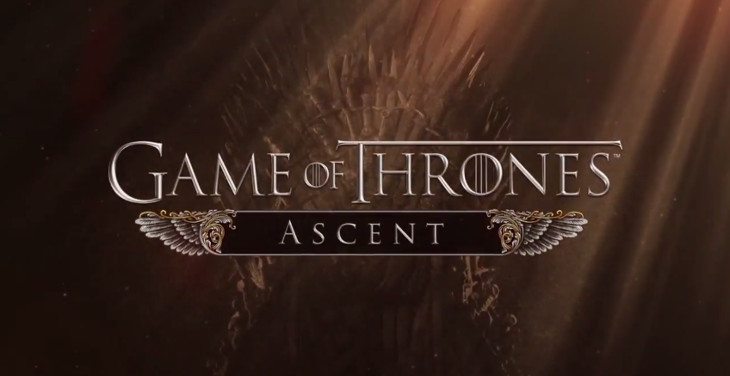 If you’re a fan of Game of Thrones, you know all about the wait. Every year when the season ends, we are left wanting more, but still have to wait a full year to get it. The show won’t be back until 2015, but Android gamers have a new way to kill some time with Game of Thrones Ascent.

Game of Thrones Ascent is a popular Facebook game that was ported over to the iPad earlier this year. Today Kongregate brought Ascent to Android, and it’s a game you will definitely want to check out if you sit around on Sunday’s with your mouth agape taking in the sights and sounds of Westeros. 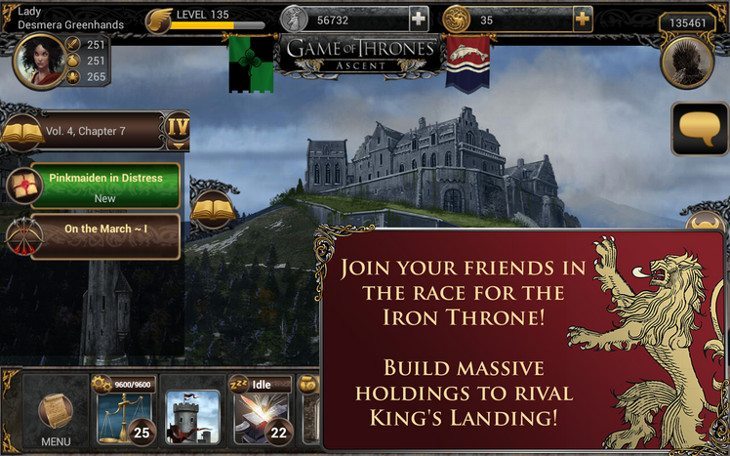 The folks at Disruptor Beam have managed to put together a game that stays true to the world created by George R.R. Martin in more ways than one. It’s not a 3D hack ‘n slash game and you won’t fling birds or blocks at anything. It’s a text adventure game of sorts, and you’ll get to interact with all the characters you know and love without actually getting stabbed in the back or beheaded. That’s the good news, here comes the bad…

Game of Thrones Ascent is a social-based game, and it’s free-to-play. While we haven’t fired it up yet, you can bet there will be plenty of in-app purchases spread throughout the magnificent land of Westeros. That said, if you’re a die-hard fan it’s not going to matter and you will more than likely spend countless hours grinding your way through the game.

If you want to take Game of Thrones Ascent for a spin, you can pick it up on Google Play for free. An iOS version is expected to follow soon, and should be available sometime today.