HTC One Remix set to Launch on Verizon July 24th 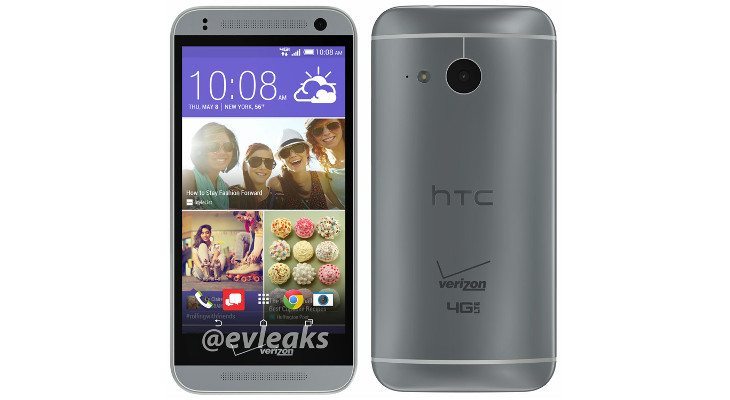 The HTC One Remix has been lingering around the rumor mill since the M8 hit the streets, but a new leak has the device scheduled to arrive at Big Red this Thursday, July 24th.

@evleaks showed the world a new photo of the HTC One Remix last month, and today he showed that same pic, but gave us a firm release date of July 24. The remix is essentially the One mini 2, so unless any last minute changes are made, you’re looking at a solid smartphone with a 4.5-inch 720p display and a Snapdragon 400 clocked at 1.2GHz. An Adreno 305 will handle the graphics while 1GB of RAM and 16GB of storage round things out under the hood.

The HTC One Remix won’t have the Duo-Camera of the One M8, but it should have a 13MP/5MP camera combo which is nothing to sneeze at – definitely better than most ‘minis’ we’ve seen. The device will run 4.4 out of the box and should have a removable 2,110mAh battery along with Bluetooth, Wi-Fi, and the usual array of sensors.

The HTC One Remix is scheduled to arrive this Thursday on Verizon, but pricing has yet to be announced. If the price is nice, do you plan on picking up the Remix or has another ‘mini’ flagship caught your eye?