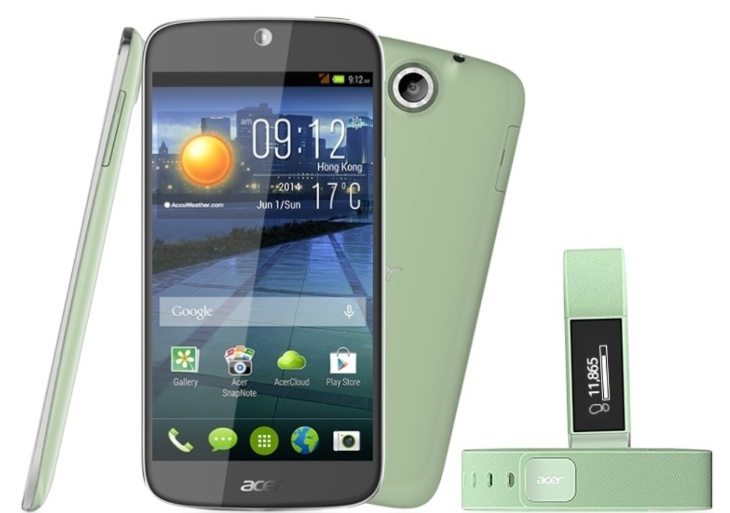 Even before the release of the Acer Liquid Jade smartphone that was announced in late May, we now have details of two more Acer devices on the way. The Acer Liquid Jade Plus phone and Liquid Leap band are set for a release in August, so read on for more information.

Apart from those differences the specs are the same, so the dual SIM Liquid Jade Plus has a 1.3GHz MediaTek quad-core processor, a 5-inch display with resolution of 1280 x 720, a 13-megapixel rear camera and 2-megapixel front-facing snapper. It has expandable storage via microSD, a 2100 mAh battery and will be running the Android 4.4 KitKat operating system. It’s reported that the Liquid Jade Plus will hit the shelves in Germany in August with a price of â‚¬279, so it’s likely that it will also release for other regions around that time.

Acer’s first wearable device is also on the way in the form of the Liquid Leap smartband. It has a 1-inch OLED display and it can be used for health and fitness information as well as displaying calls, messages and having a music player. It’s said to be available from August with a price tag of â‚¬99.