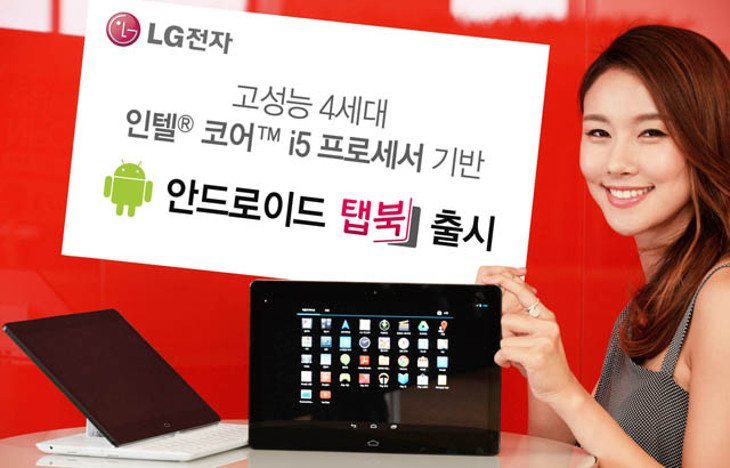 As the Android platform expands, we’re starting to see some interesting hybrids, and LG has just announced an intriguing one with the Android Tab Book 11TA740. It is not your typical netbook.

LG’s Tab Book line offers up tablets that slide into a netbook thanks to a slide-out QWERTY keyboard. It’s a little unusual, and the previous model that was announced earlier this year runs Windows. That’s not the case with the Tab Book 11TA740 as it runs Android… Jellybean. We’re just as puzzled as you are.

Old OS jokes aside, the LG Tab Book 11TA740 boast some impressive specs. It’s an 11.6-inch slate with a resolution of 1920 x 1080, and you’ll get 10-point touch control on that sharp FHD display. A fourth-gen i5 4200U clocked at 2.6GHz will provide the horsepower while 4GB of RAM will keep things humming along nicely. You’ll also be able to access for files in an instant thanks to the 128GB SSD, and there is a MicroSD slot, x2 USB 3.0 ports, and a standard HDMI port.

The Tab Book 11TA740 has just been unveiled today in its homeland of South Korea, and we have no idea on the pricing yet although we do know it will be available in Snow White. We’ll keep you updated as we learn more about the quirky slab as it may be one to keep an eye on if it gets a global rollout and a nice price.