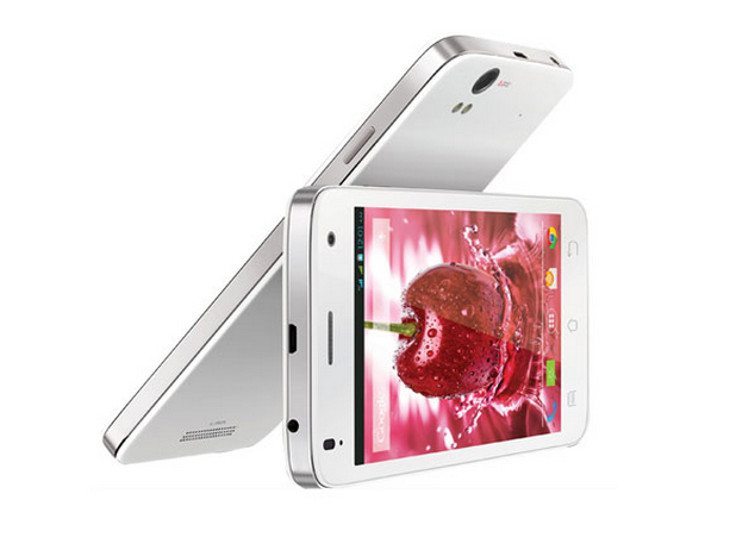 Lava has been making a name for themselves in India with low-priced offerings that deliver an Android experience for folks on a budget. A mysterious new device has just shown up on the company’s website, and it goes by the name of the Lava Iris 460.

The Lava Iris 460 isn’t official, but the fact it has shown up on Lava’s website should mean a release is imminent. Mid-range is the word that best describes the Iris 460 as you’ll get a 4.5-inch handset (480×854) with a pixel density of 218ppi. Under the hood, you’ll find a 1.3GHz processor of unknown origins, 1GB of RAM, and 8GB of internal storage. You can bump that up with a microSD card, and a 1650mAh battery will provide the juice.

Like cameras? The Lava Iris 460 has two of them, and while the front-facing cam is only a VGA shooter, the rear camera is respectable at 5MP. It will run Android KitKat 4.4.2, and the connectivity options include 2G/3G, Wi-Fi, GPS/A-GPS, and GPRS/EDGE. You’ll also have the luxury of dual-SIM support on the Lava Iris 460.

Lava’s new handset far from a flagship like the LG G3, but it appears to be a solid device, and it’s a cheap way to experience Android 4.4. Pricing and a release date have yet to be announced, but we expect the Lava Iris 460 to sell for around or under $100 when it is released.

Will you give the Lava Iris 460 a shot or are you going to opt for a mid-ranger from a larger manufacturer this year?