Kogan and BenQ launching the Agora 4G for $229 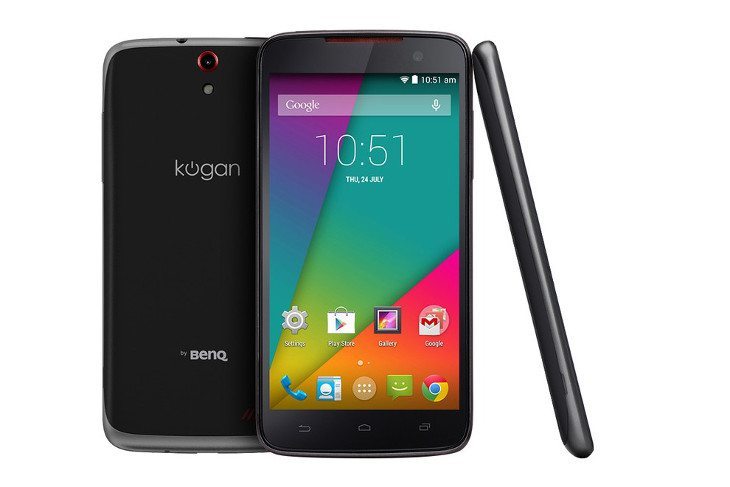 The mid-range sector of the smartphone market is the way to go these days, and everyone is getting in on the game including BenQ and Koga. The two have just teamed up to deliver a new budget device called the Agora 4G, and it’s an interesting device with a very nice price.

Australian e-tailer Kogan has partnered with BenQ to produce a new 4G handset with the Agora. It’s priced to compete with other 4G mid-rangers like the Moto G from Motorola, a device which the Agora 4G beat in AnTuTu benchmarks according to the team at Kogan.

The Kogan Agora 4G may be mid-range, but it offers a lot of value for just $229. The handset has a 5-inch 1280 x 720 IPS display which translates to around 294ppi. Under the glass, you’ll find a quad-core Cortex A7 clocked at 1.2GHz, 1GB of RAM, 8GB of internal storage, and a 2520mAh battery. The device also comes with an 8MP rear camera, 2MP front-facing snapper and it even has a microSD slot that lets you expand the storage up to 64GB.

The specs are impressive for the price, and even more so once you factor in 4G and the fact that it runs KitKat 4.4 out of the box. The Kogan Agora 4G is up for pre-order on Kogan’s official site, and the first units are expected to ship out on August 5th.

Does the $229 price tag make the Kogan Agora 4G enticing?