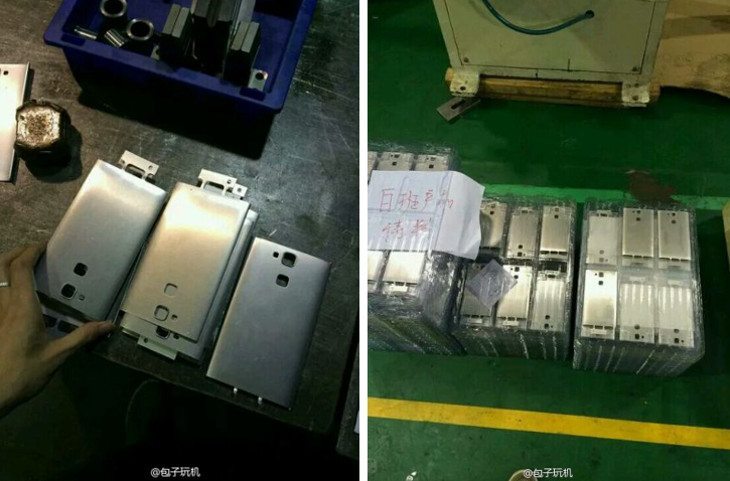 Metal. It’s the material everyone wants, but it’s something we usually don’t get on our new handsets. A new Huawei Ascend D3 leak shows the upcoming devices backside, and it’s definitely metal with an interesting cut out to boot.

Little is known about the company’s upcoming flagship, but the Huawei Ascend D3 leak clearly shows a stash full of metal backplates. You can see the cut out for the camera and flash, but there’s a third slot that screams fingerprint scanner. There’s always a chance the slot could be used for something else, but our money is on a new scanner as they are starting to pop up in handsets around the globe.

No specs have been confirmed, but the Huawei Ascend D3 is thought to have a 6-inch FHD display, a Kirin 920 processor, 2GB of RAM, and 16GB of internal storage to go along with a 13MP/5MP camera combo. There’s plenty of horsepower under the hood, and the metal chassis and fingerprint scanner are just the icing on the cake.

Huawei sent out invites for an event at IFA in Berlin on September 4, and this could be when we get to see if the Huawei Ascend D3 leak pans out. They have several other devices in the pipeline as well, so the company could show off several smartphones at the big event.