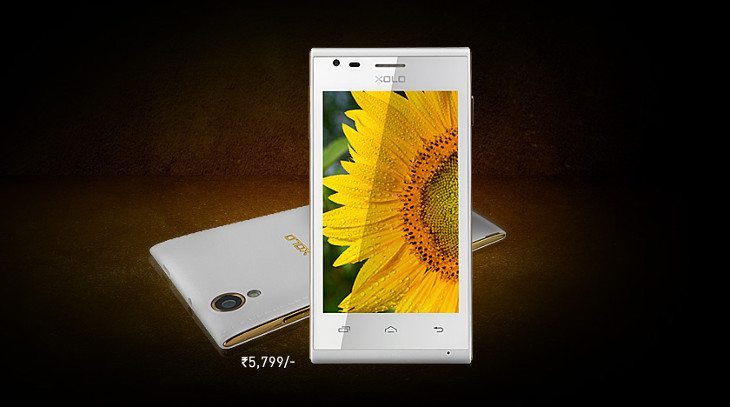 Xolo has cranked out numerous handsets this year, and the Xolo A550s IPS is the latest weapon in their smartphone arsenal. We don’t have a release date yet, but we do know the price — RS. 5,799.

When we last checked in on Xolo, it was in a shootout where we pitted the Xolo Q3000 against the Xiaomi Mi3. The Xolo A550S IPS is a step down from both those devices as it sports a 4-inch touchscreen with a resolution of 480 x 800 and a 233ppi. Under the hood, resides a 1GHz dual-core chip and Mali 400GPU combo, 512MB of RAM and a 4GB of internal storage which thankfully can be kicked up to 32GB with a microSD card.

Rounding things out for the Xolo A550S IPS is a 1400mAh battery, Wi-Fi, Bluetooth 3.0, and a 5MP rear camera. There’s a front-facing VGA snapper as well, and the device will run KitKat 4.2 Jelly Bean out of the box. It’s not the fastest phone in Xolo’s lineup, but it is extremly cheap.

The Xolo A550S IPS is listed on Xolo’s official site and priced at Rs. 5,799 which is much cheaper than the Q3000 which goes for around Rs. 14,900. There’s been no official word on a release date, but we’re guessing it will be released sooner than later considering it’s just been listed on their site.

Is the Xolo A550S IPS a good deal for the price or is a little too underwhelming?