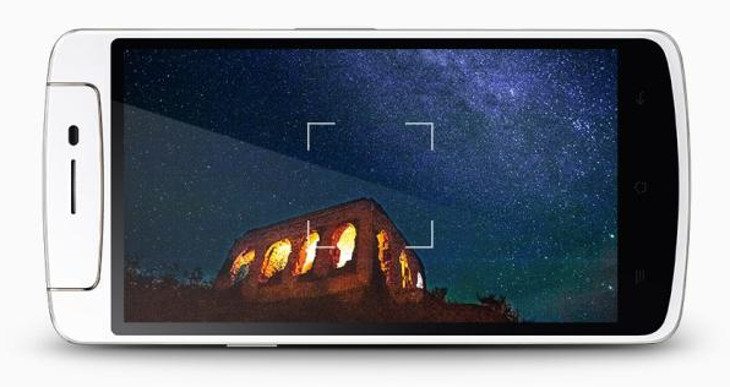 If you live in India, you have a wealth of smartphones to choose from this year as the country has become a favorite spot for companies to send devices new and old. The Oppo N1 mini India price and release is imminent as the device is expected to touch down in India very soon.

The Oppo N1 mini is a handset consumers have been longing to see, and the company is bringing the device to India “soon” according to a tweet sent out by the company in the wee hours of the morning. The Oppo N1 mini India price is still unknown, but now we now it’s on the way.

As for the Oppo N1 mini, it’s a unique device for several reasons. It has the same 13MP swiveling camera of the full-sized flagship and 2GB of RAM which is something you don’t’ find in a lot of minis these days. That said, it’s still a stretch to call it a mini considering it sports a 5-inch 720p display. Rounding things out for the OppN1 mini is a Snapdragon 400, 16GB of internal storage, and a 2140mAh battery.

It will be interesting to see how the Oppo N1 mini India price pans out as it’s better than most mid-range devices and has some unique features to boot. If Oppo prices the N1 mini right, it could outsell other mid-rangers in its class, but if it’s too expensive it’s likely to get ignored in favor of cheaper devices.

What’s the ‘magic number’ that would get you to pick up an Oppo N1 mini?