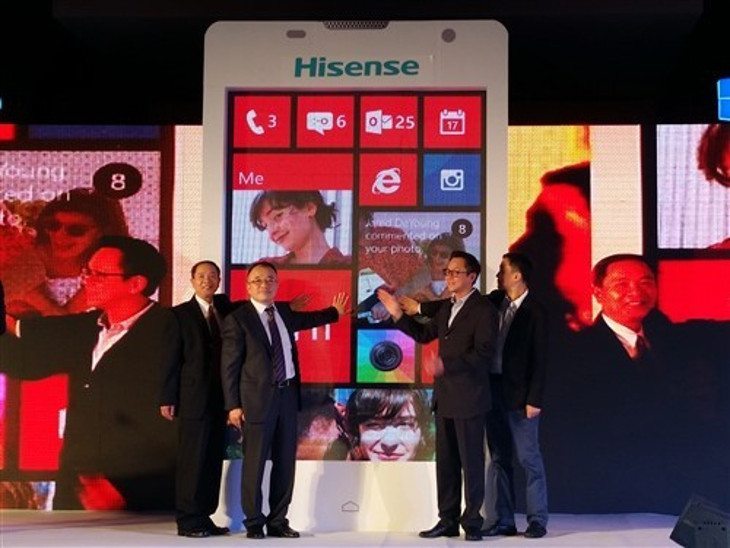 Everyone is getting in on the Android platform, and iOS… well, only Apple has the keys to that kingdom. Windows phones are still growing in popularity, and a new Windows-based budget handset has arrived with the HiSense Nana Windows 8.1 smartphone.

Nana may be the name you gave you grandmother, but it’s also the name of the latest smartphone from Chinese manufacturer HiSense. The HiSense Nana Windows 8.1 smartphone will have a 5-inch “HD screen” although we don’t know if it’s 720p or FHD at this time. The processor is a 1.2GHz Snapdragon chip, and you’ll have 1GB of RAM and 8GB of internal storage to go along with it. There’s no mention of the battery, but the HiSense Nana will have a microSD card slot and an 8MP/5MP camera combo.

The specs aren’t all that impressive, but the HiSense Nana Windows 8.1 smartphone has a unique trick up its sleeves. It’s touted as the first Windows 8.1 device with dual-SIM card support on GSM/CDMA networks. It will also have the Windows Phone 8.1 update installed and ready to go which means you’ll get the Chinese version of Cortana right out of the box.

HiSense didn’t give an exact day for the release, but the HiSense Nana Windows 8.1 smartphone is expected to be out something in August for around 599 Yuan or around $100 in the states. We’ve seen a lot of budget Android handsets this year, and the Nana could be the first of many low-priced Window-based smartphones on the way.