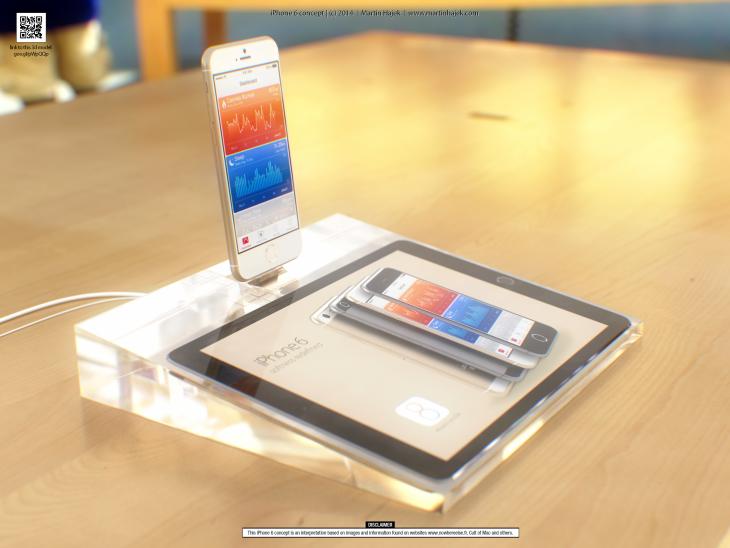 The anticipation is growing for the arrival of the next smartphone from Apple which looks set to bring a further increase in screen size, but today ahead of the official announcement we have an iPhone 6 Apple Store mock-up which has realism.

While we may have a few weeks yet before we get to see the new iPhone 6 officially the image that you can see on this page comes courtesy of Martin Hajek, who earlier this year brought us a curved iPhone 6 concept.

Today though we have what the next iPhone model could look like once it is placed on the online Apple Store with the device sitting on a stylish docking system. It is widely believed that Apple are going to provide a smartphone with a 4.7-inch display, and have been tipped to eventually offer a larger handset with a 5.5-inch screen size.

Of course until the handset takes to the stage in the hands of CEO Tim Cook we won’t know what the company has in store for its flagship smartphone.