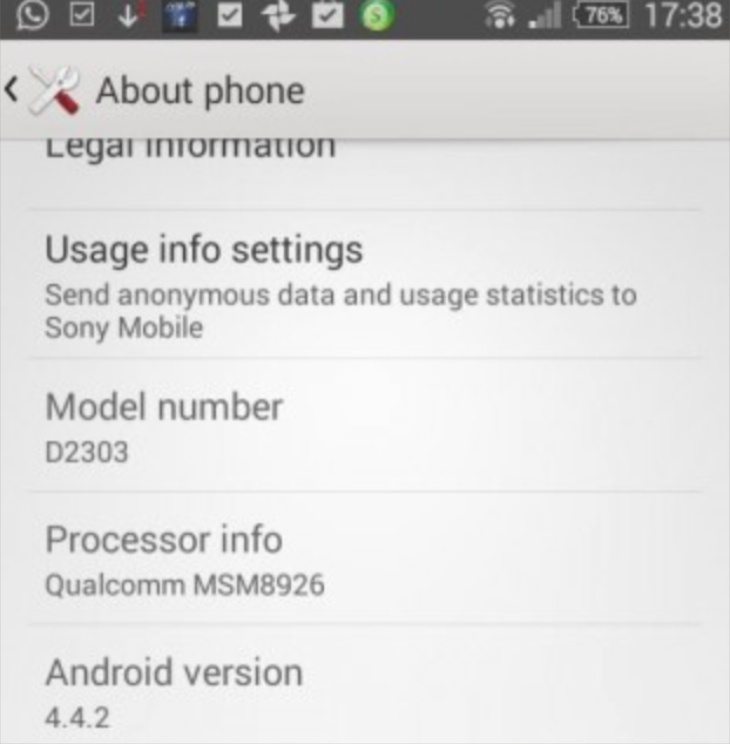 This is a real snippet of an article but it might be very interesting to some people. If you’ve been waiting for an operating system update for your Sony smartphone you might be in luck, as we can tell you that the Sony Xperia M2 Android 4.4.2 KitKat update is now beginning to roll out for the LTE model.

The Xperia M2 released in May running Android 4.3 Jelly Bean and the new firmware build 18.3.C.0.37 is ready for the Xperia M2 LTE with model number D2303. The update is already arriving with various carriers in countries that include France, Ireland, Israel, Russia, Singapore and Thailand.

Usually once operating system updates start to roll out in some countries other regions soon follow, so if you are not in one of the above countries don’t give up! At present there’s no news on when other models of the Xperia M2 (D2305, D2306) or the dual SIM version (D2302, S50h) will start receiving Android 4.4.2, but hopefully it won’t be too much longer.