The Sharp Aquos Crystal has the slimmest Bezels on the Planet 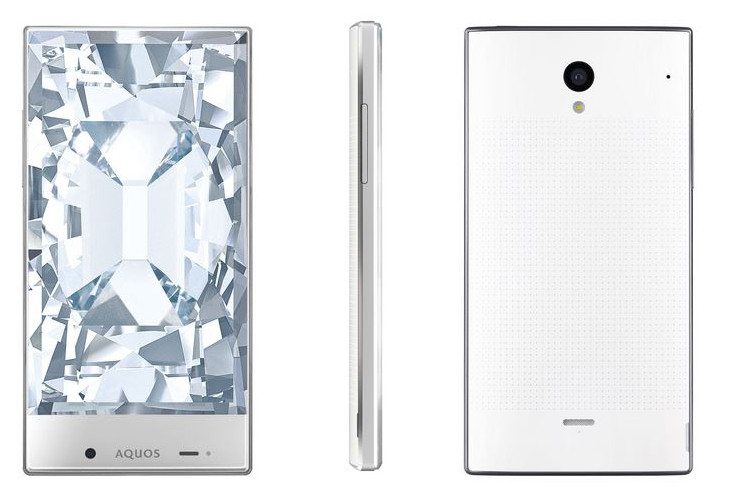 Sharp is known for cranking out Aquos TV sets with super-slim bezels, and they’re bringing that design to mobiles. The Sharp Aquos Crystal is the company’s shiny new flagship, and a new report has it headed to Sprint.

The Sharp Aquos Crystal is set to be one of Sharp’s first offerings in the states, and it’s certainly a looker. As for the specs, the handset will feature a 5-inch 720p screen with bezels that are barely there. Seriously, they are a lot thinner than the LG G3, so much that we wonder if some people will have issues with touches on towards the side of the display. We’re not complaining, just curious as we’ve never seen anything this thin.

Behind the glass, you’ll find a… Snapdragon 400, 8GB of internal storage and 1.5GB of RAM. Probably not what you were expecting. The smartphone comes with something called the Harman Kardon sound effects engine as well which includes “LiveStage” streaming and Clari-Fi. The Sharp Aquos Crystal will run Android 4.4.2, and a 2040mAh battery will keep the lights on.

The Aquos Crystal is basically an Aquos Crystal X “mini” as Crystal X comes in at 5.5-inches and has all the flagship fixins’ like a Snapdragon 801, 2GB of RAM and 32GB of storage. Again, we’re not complaining as it’s great to see Sharp bring a smartphone to the U.S. and hopefully it’s just the beginning of things. Pre-orders will open up for the Sharp Aquos Crystal tomorrow, and it should be available in the U.S. via Sprint on August 29.

Are those thin bezels enough to make you consider the Aquos Crystal?