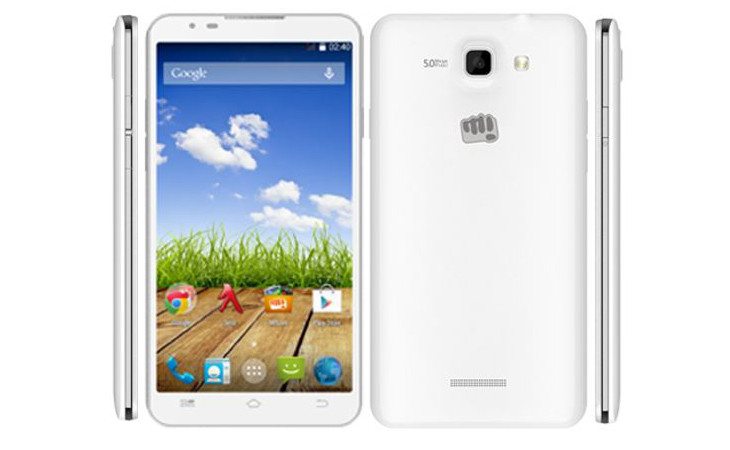 Another week, another Micromax. The company stays busy, and they have just added another handset to their Canvas lineup. It’s another mid-range smartphone, and we already know how much it will set you back as the Micromax Canvas XL2 priced at Rs. 10,999 in India.

The Canvas XL isn’t a year old yet, but the Micromax Canvas XL2 has already arrived to take its place. If you’re expecting a massive upgrade, you may be a little disappointed as the company has made some interesting “adjustments” to the XL2.

The Micromax Canvas XL2’s display has dropped from 6 inches down to 5.5-inches, and the resolution stays the same at 540 x 960. The 2500mAh battery is a bit bigger, but the processor is smaller coming in at 1.2GHz compared to the 1.3GHz chip in the XL.

The 1GB of RAM and 4GB of internal storage stay the same, and you will have the luxury of expanding the storage up to 32GB with a microSD card. The cameras take a dip though which means you’ll only get a 5MP rear camera and 0.3MP front-facing camera. Connectivity options include 3G, GPS, Wi-Fi and Bluetooth.

If you’re interested in picking up the Micromax Canvas XL2, it’s available in white and currently priced at Rs. 10,999 at the online retailer infibeam.com. Do you like the price on Micromax’s new handset or is it a little too expensive for what it offers?