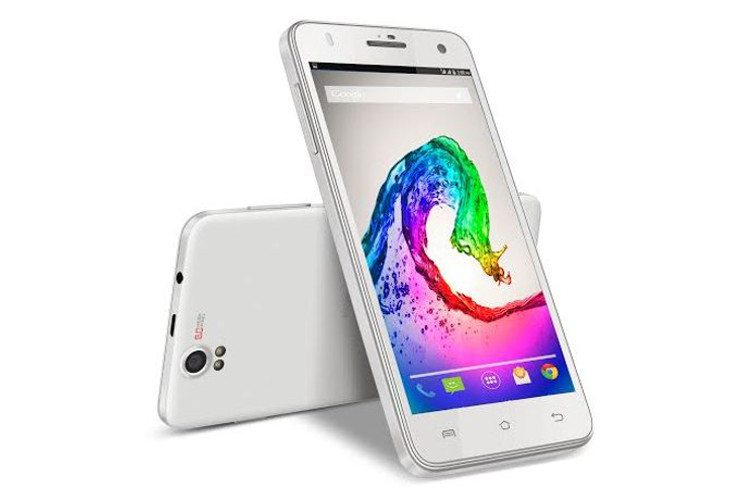 Lava is a brand that’s gaining ground in India due to the cheap prices on their KitKat equipped smartphones. You can now add another device to that ever-growing list as the Lava Iris X5 has just been announced.

The Lava Iris X5 is another mid-range handset from Lava, but it does bring something unique to the table. The rear camera is 8MP and has a dual-LED flash which is more than you’d expect while the front-facing camera is of the 5MP variety. That’s more than you get on most flagships, and the selfie snapper uses an 84-degree wide angle lens with an Omni BSI+ sensor to make your pics pop. Did we mention the front-facing camera also has an LED flash?

While the cameras are certainly impressive, the rest of the Lava Iris X5 specs are exactly what you’d expect. The smartphone has a 5-inch HD display, 1.2GHz quad-core chip, a 2100mAh battery, 1GB of RAM, and 8GB of expandable storage. The Lava Iris X5 is a 3G enabled handset, and other connectivity options include Wi-Fi, Bluetooth 3.0, and micro-USB. You’ll have the advantage of dual-SIM slots, and it will run Android KitKat 4.4.

At the moment, the Lava Iris X5 is only available in Black, White and Grey but more colors are expected to arrive shortly. Lava is selling the Iris X5 in storefronts and through Amazon.in for Rs. 8,799 or around $145 — if you go through the latter you can get a free 16GB memory card, screen protector and flip cover for free. That said, the offer is only good for today if you want the extras.

What do you think about Spice’s high-powered front camera on the Iris X5?