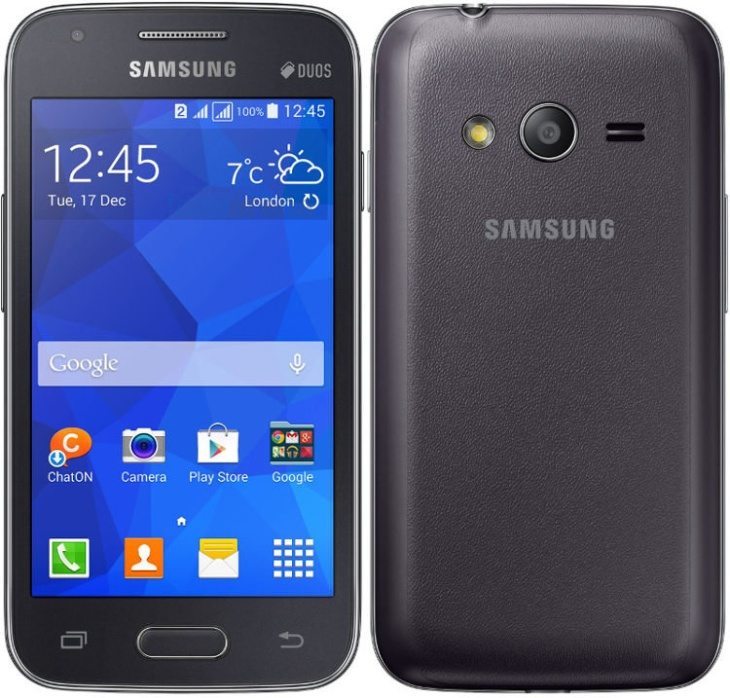 The Galaxy S Duos 2 is still very popular so many people will be waiting for the Duos 3 to arrive. A new report reveals that the phone will be officially priced at Rs. 8,590 and that Mahesh Telecom based in Mumbai will be selling it for Rs. 7,999. Many of the phone’s specs have been revealed in an image of the packaging.

The phone is powered by a 1GHz dual-core processor, has a 4-inch display with resolution of 800 x 480, a 5-megapixel rear camera with LED flash and a VGA front-facing camera. Other Galaxy S Duos 3 specs include a 1500 mAh battery, and it runs the Android 4.4 KitKat operating system skinned with Samsung’s TouchWiz Essence UI. 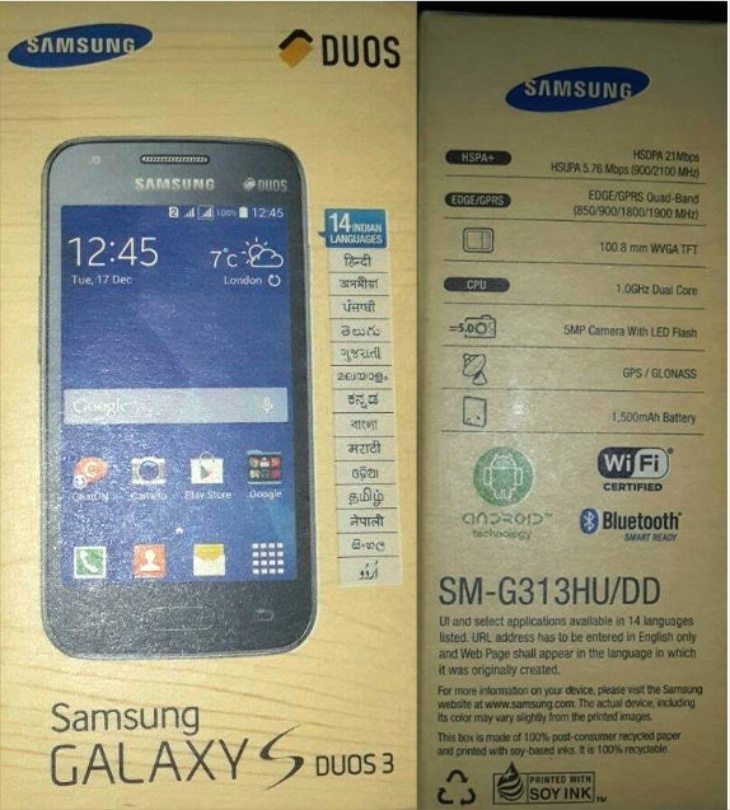 Connectivity includes 3G HSPA+, Wi-Fi 802.11 b/g/n, Bluetooth 4.0, and GPS/GLONASS, and the dual SIM phone also has FM Radio with RDS and a 3.5-mm audio jack. RAM and internal storage aren’t shown on the box, but it’s likely to have 512MB of RAM and 4GB of internal storage that’s expandable via microSD.

We’ll give readers more news on availability as we hear it, and in the meantime it would be interesting to receive your comments on this upcoming phone. Are you a prospective customer for the Samsung Galaxy S Duos 3?