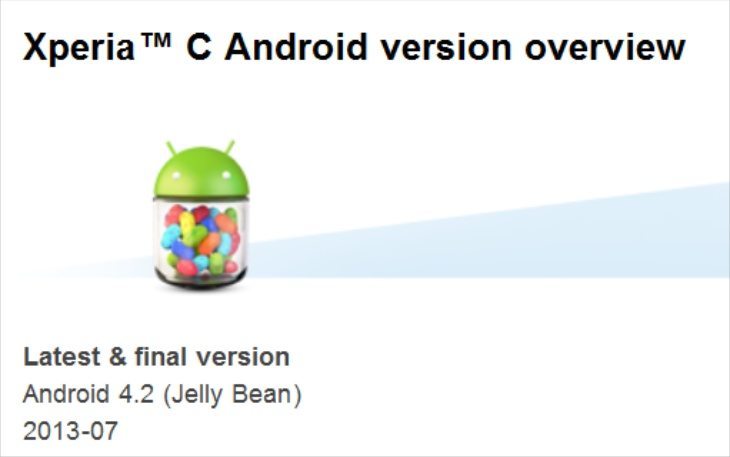 It’s not a great time for some Sony Xperia device owners at the moment regarding future updates for their devices. Just two days ago we informed readers that the Sony Xperia M, L and SP had met the end of the line as far as further updates were concerned. Now Sony Xperia C updates have been axed in another unsatisfactory move.

We know that some readers felt disappointed to hear that there would be no more updates coming to the Xperia M and M Dual, Xperia L, and Xperia SP. Now the same fate has met the Xperia C that released in July last year running the Android 4.2 Jelly Bean operating system.

The Xperia C has received three minor firmware updates following this, the last being in August this year, but taking a look at Sony’s official website reveals that this was the final Android update that will release for this phone. The end of support will be a blow to owners of this device that is only just over a year old, and will now just receive the odd bug fix update.

If you head to the Sony source at the bottom of this article and scroll down, you’ll se that Android 4.2 Jelly Bean is the latest and final version for the Xperia C3. Therefore owners of the phone will miss out altogether on the joys of Android 4.4 KitKat, or anything else for that matter.

If you have the Sony Xperia C3 how do you feel about Android update support being dropped for this device? Let us know with your comments.