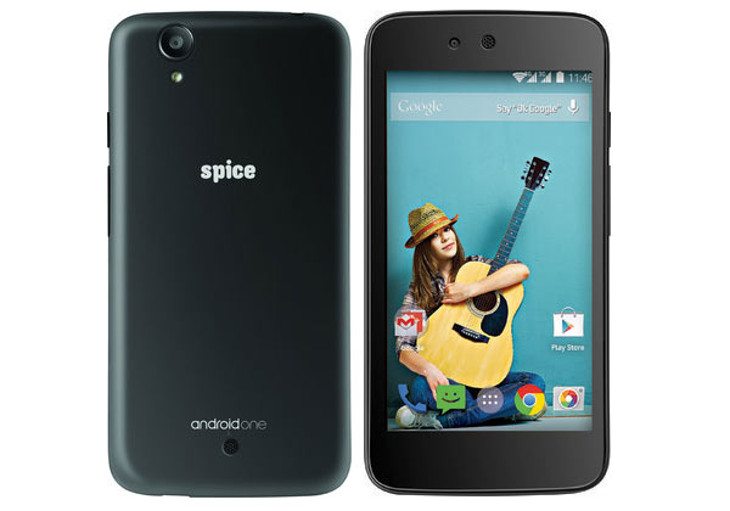 That didn’t take long. Earlier today we told you about the Android One India release and how new handsets were set to arrive on the 15th. Apparently, nobody gave the folks at Flipkart the memo as the Spice Android One Dream UNO Mi-498 has been listed online.

The Spice Android One Dream UNO Mi-498 specs show a 4.5-inch display with a resolution of 854 x 480. The horsepower comes from a 1.3GHz quad-core chip and 1GB of RAM while a 1,700mAh battery provides the actual power. The Dream UNO has 4GB of expandable internal storage, and you can take photos with the 5MP rear camera and 2MP front-facing shooter.

Connectivity options for the Spice Android One Dream UNO Mi-498 include 3G, Bluetooth 4.0, Wi-Fi and A-GPS. It’s a dual-SIM handset and will run Android 4.4.4 straight out of the box. The device measures 67mm x 132mm x 9.15mm. As for the extras, Google is throwing in 35GB of Drive storage for the Dream UNO and all other Android One devices.

The Spice Android One Dream UNO Mi-498 price is Rs. 6,999 at Flipkart, which comes out to around $115. We assumed it would fall under $100, so we’re not sure how well the UNO will go over with the budget crowd as there are cheaper options out there that offer similar specs. We still don’t know what Karbonn and Micromax are doing price wise, but the specs should be similar across the board.

What do you think about the first official Android One handset?