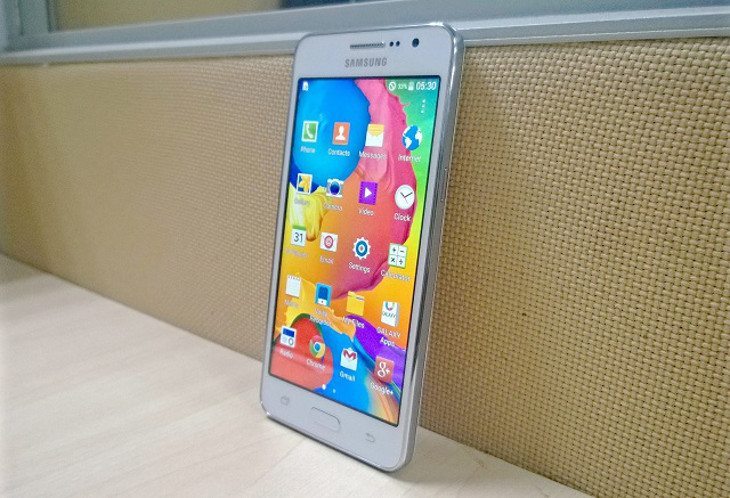 Samsung’s Galaxy Grand lineup has proved popular in some parts of the world and it looks like another version of the handset it one the way. New photos have emerged, and the Galaxy Grand Prime specs appear to show a selfie-centric smartphone.

The Galaxy Grand Prime should not be confused with any of those “Prime” rumors we heard surrounding the Galaxy S5 earlier in the year. The handset has been listed on a Vietnamese retailer as “coming soon” and some photos have also showed up that give us a look at the Grand Prime in the wild.

The display on the Galaxy Grand Prime measures 5-inches and it has a resolution of 960 x 540. You’ll find 1GB of RAM and 8GB of expandable storage under the hood to go along with a 1.2GHz quad-core chip. The rest of the Galaxy Grand Prime specs include an 8MP/5MP camera combo, Dual-SIM capabilities, Wi-Fi, Bluetooth, 3G, A-GPS, an FM radio and a 2,600mAh battery. 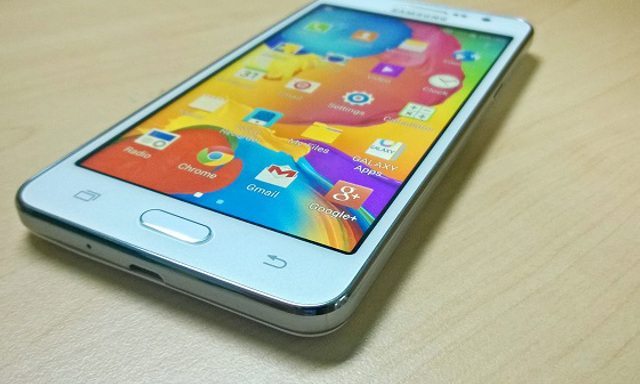 As you can see from the Galaxy Grand Prime photos, the device is sleek and appears to have that metal band Samsung is starting to add on to their newer smartphones. The weight isn’t listed, but the Grand Prime measures 144 x 72 x 8.6mm, and it runs KitKat 4.4.2. It may not be the fastest phone on the block, but it’s a looker and it shouldn’t break the bank.

The Galaxy Grand Prime is obviously geared towards shutterbugs on a budget with its 5MP front-facing camera and the 8MP camera on the back. The Galaxy Grand Prime price is listed as $5,000,000 VND which equates to about $235 bucks in the states. Nothing is known about international availability, but if the listing pans out the Grand Prime will be available sometime in October in Black or White.

Would you be interested in the Galaxy Grand Prime if it came to your region?