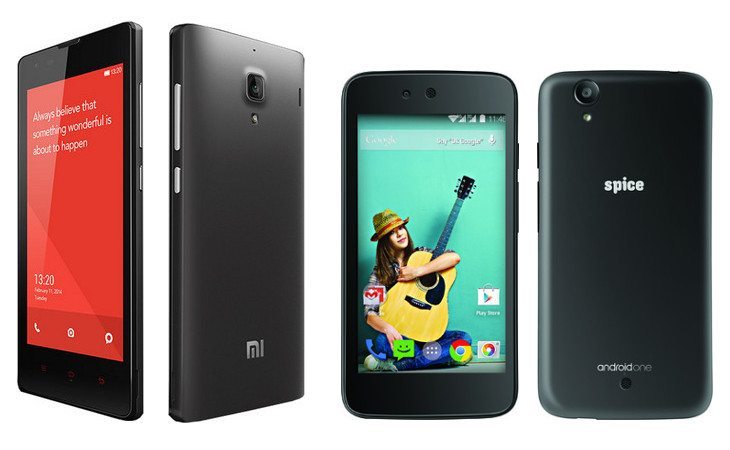 The Android One initiative kicked off today, and there are three new budget devices ready to go in India. That means it’s time for specs shootout, and we’re going to pit the Redmi 1S vs. Spice Dream UNO to see which smartphone offers up a better bang for your buck. 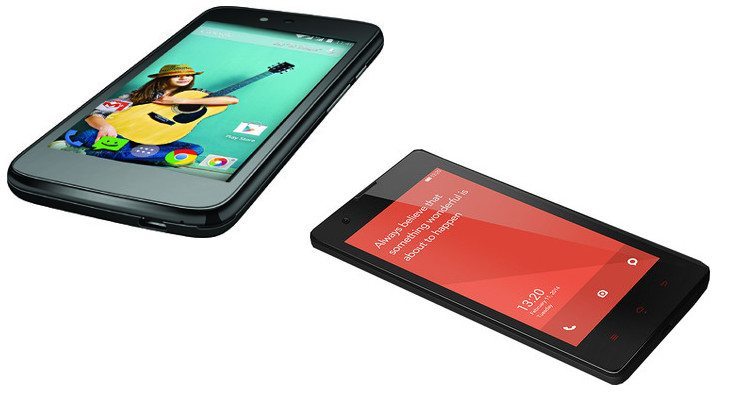 The Redmi 1S also beats the Spice Dream UNO specs-wise in the camera department with its 8MP rear camera and 1.6MP front-facing camera. The UNO has a 5MP camera on its backside while the front-facing camera clocks in at 2MP. The battery size is negligible as they are close, but have different displays. We’re going to say this one’s a toss-up as the 3MP difference may not mean much if the software is better on the UNO.

Here’s where things get interesting in our Redmi 1S vs. Spice Dream UNO specs shootout. Both handsets will run Android 4.4.4, and each have their own bells & whistles on the software side of things. That said, the Dream UNO will have less bloatware, and you’re getting 2-years of guaranteed updates from Google. Can’t beat that, so we’re giving the edge to the Spice Dream UNO on this one.

We didn’t list ‘price’ in our Redmi 1S vs. Spice Dream UNO specs shootout as it’s actually the deciding factor between these two and it’s no contest. The Spice Dream UNO is priced at Rs. 6,299 from Flipkart which is right around $103 bucks. The Redmi 1S offers up a faster processor, has a better display and more storage for a lower price as it’s listed as Rs. 5,999 or $98 at Flipkart.

The price difference is only a few dollars, but you’re getting more for your money with the Redmi 1S. If you want timely updates you may be better off with an Android One device, but we’re going with Redmi on this one.

Which handset do you prefer, the Redmi 1S or the Spice Dream UNO?