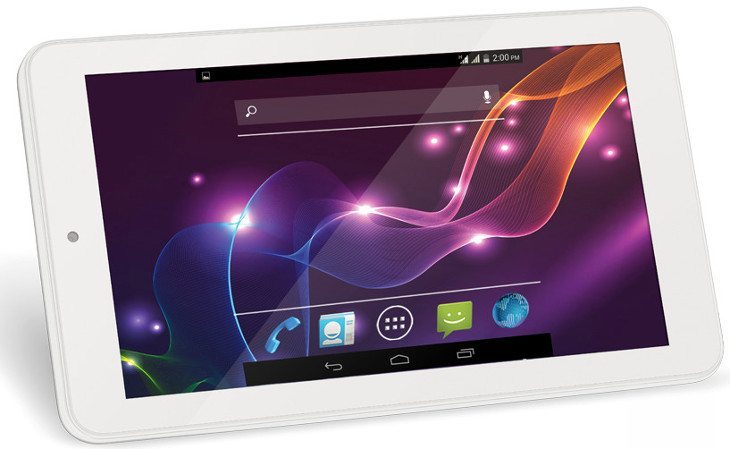 Yesterday, the world went a little wacky when the HTC Nexus 9 was announced, and the same thing’s going to happen today on a much larger scale for the iPad event. When you think of high end slates, you generally don’t think of Lava, and the Lava Xtron Z704 isn’t likely to change your mind. That said, the Lava Xtron Z704 specs show a tablet that won’t break the bank while running KitKat 4.4.

Lava is known for putting out affordable handsets in India, and they’re turned their talents towards a new tablet with the Lava Xtron Z704. The slate sports a 7-inch display with a resolution of 1,024 x 600 — it’s not quite 720p, but it’s not far off either. As for the processor, you can expect a quad-core 1.3GHz chip to go along with 1GB of RAM.

The Lava Xtron Z704 has a whopping 16GB of storage, and it’s expandable (up to 32GB) via the microSD slot. In terms of cameras, it has a 2MP camera on its backside and a VGA front-facing shooter for selfies. Rounding things out for the Lava Xtron Z704 is a 4,000mAh battery, Wi-Fi, GPS, 2G EDGE, Bluetooth 4.0 and GPS. The slate has 2G, but it doesn’t appear to have voice calling capabilities.