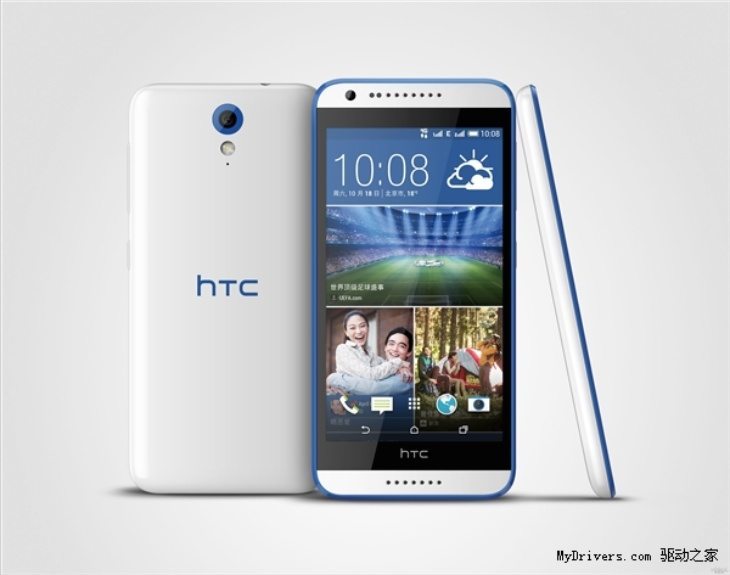 If you’re a fan of HTC smartphones you may well have an interest in this next piece of news. The HTC Desire 820 Mini has appeared briefly on the HTC China website with a price. Coming right up we also have details of specs and more for the affordable device. Although it’s a mini it has a 5-inch display compared to the 5.5-inch display of the mid-range Desire 820, so it’s not exactly small.

Recently the HTC 820mu went through the TENAA certification process and now has emerged on the HTC China store, although the listing was taken down again before too long. However, once screenshots have been captured the info is out there and so we’ll share it with you. The phone was shown with a price of 1399 Yuan, that’s equivalent to around Â£140, $228 or Rs. 13,990, although prices usually vary by region anyway.

Unofficial specs of the phone so far are said to include a 1.2GHz quad-core processor, a 5-inch 720p display with 294 ppi, 1GB of RAM, and 8GB of internal storage that’s expandable via microSD.. There’s an 8-megapixel rear camera, a 5-megapixel front-facing camera, 3G and 4G LTE connectivity, and also dual SIM support. 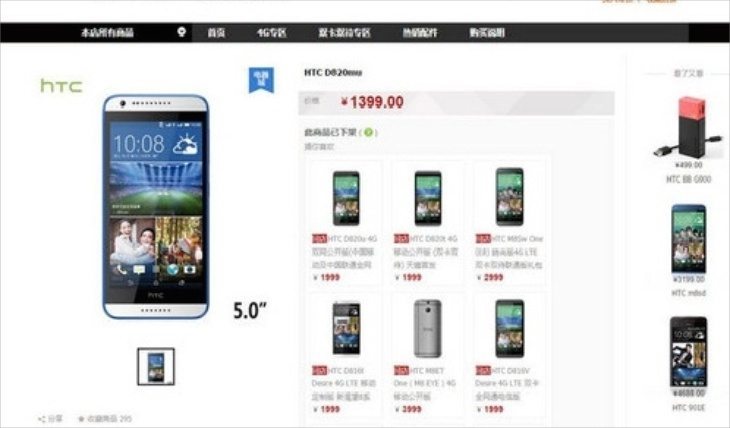 Measurements of the HTC Desire 820 Mini are claimed as 150.1mm x 72.7mm x 9.6mm and it weighs in at 162g, hardly lightweight for a device described as a mini. The phone is also said to have front-facing stereo speakers and it will be running Android 4.4.4 KitKat skinned with Sense UI. The specs are pretty unexciting but we should remember that at this stage this is unconfirmed information.

As the phone briefly popped up on an official HTC website we imagine that it will be made official soon, and then we’ll have further details available as well as a release date. What are your thoughts on the HTC Desire 820 Mini if the above specs are accurate?