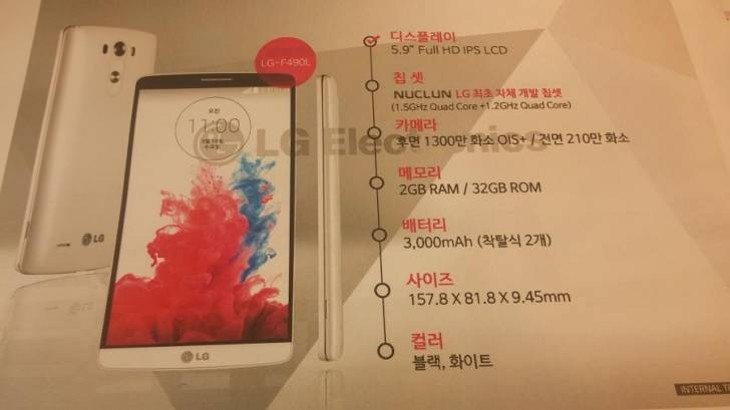 LG has cranked out over a dozen handsets this year, and several take a page out of the LG G3’s design book. Well, you can add one more “variant” of sorts to that list as the LG F490L Ligra has just shown up in a product brochure online.

LG has been rumored have their own SoC in the works, and we’ve heard the codename ODIN tossed around quite a bit. We’ve also heard of the LG Ligra, and the LG F490L aka the Ligra has just gotten leaked through a product brochure. The new leak gives us a glimpse of the handset, and also confirms the specs.

Little else is known about the LG F490 Ligra at this time, but it’s expected to arrive in Korea sometime in the near future. A variant of the device could make its way to the states and abroad as well, so we’ll keep you in the loop as we learn more.

Would you like to see LG’s new chipset come to your neck of the woods?