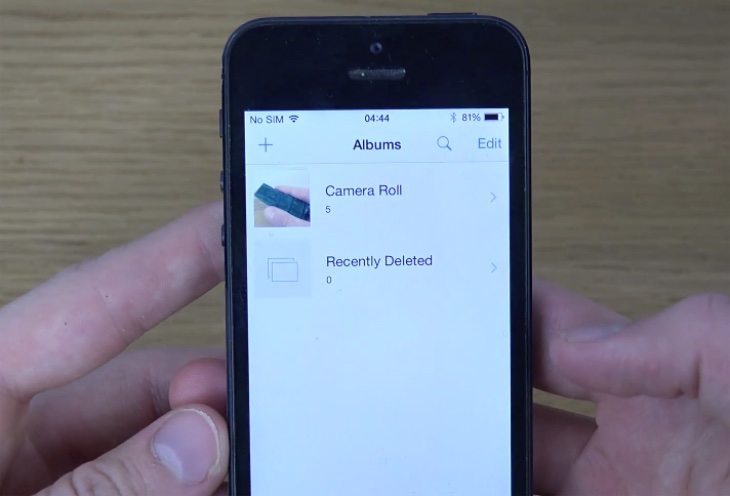 Apple released iOS 8.1 to device users a few days ago, and along with bug fixes this includes some new features and improvements. Yesterday we shared some reviews of the latest OS update for the iPhone 6 and Plus, and today we have two videos showing iOS 8.1 reviews on the iPhone 5 and 5S.

After well-documented problems with iOS releases over the last few weeks, some readers may be holding back from updating their iPhones or iPads, while others may just be wondering what iOS 8.1 offers. You can get a look at what the update brings to the table for the iPhone 5 and iPhone 5S in the videos that we’ve embedded below this article for your convenience.

The first YouTube video is a review of iOS 8.1 on the iPhone 5 so that you can see exactly what it looks like on that device. At the beginning the reviewer shows that iOS 8.1 is running on the handset and notes that the handset seems to be performing well with the latest update. It then mentions one of the key additions with iOS 8.1 in the form of Apple Pay, but sadly this feature isn’t available with the iPhone 5 or 5S.

The video proceeds by showing what has changed for the iPhone 5 with iOS 8.1 and one of the most-welcome aspects is that Apple has brought back the Camera Roll that many device owners missed. SMS relay and hotspot features are also discussed but this is not a major update for iPhone 5 users who might instead appreciate more bug fixes.

The second YouTube video is obviously similar in content to the first but instead shows an 8.1 review on the iPhone 5S, and also mentions the iCloud Photo Library addition. Are you pleased with the upgrade to iOS 8.1, or maybe you’re still having problems with your device since the latest update? Drop us your comments in the box below.