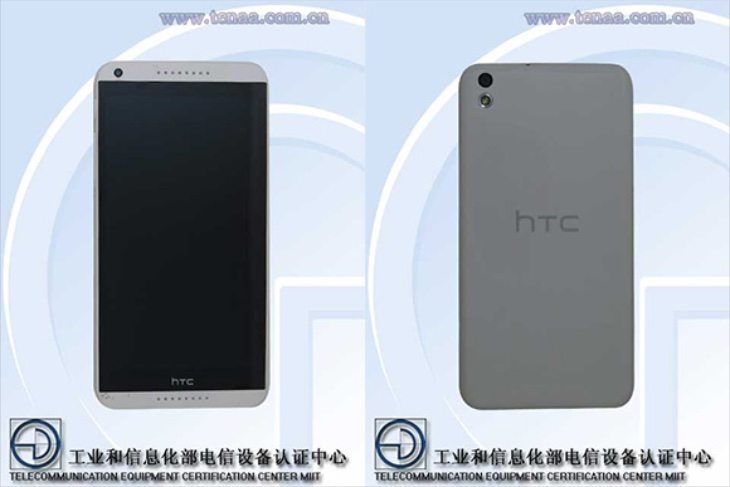 The TENAA appearance of the HTC Desire 816h includes some images of the device (shown here) and also some of its specs. Although the 816h has been dubbed in some reports as a more compact version, it’s not actually much smaller than the original 816.

Other specs given for the Desire 816h are a 1.7GHz MediaTek MT6592 octa-core processor, 1GB of RAM, and 8GB of internal storage (expandable via microSD). It’s likely to have an 8-megapixel rear camera and 5-megapixel front-facing snapper, and it runs the Android 4.4.2 KitKat operating system. The phone doesn’t include LTE connectivity.

We can compare this to the standard HTC Desire 816 specs, which include a 1.6GHz Snapdragon 400 quad-core processor, 1.5GB of RAM, and 8GB of RAM. It has a 13-megapixel rear camera, 5-megapixel front-facing camera and 4G LTE connectivity. It runs the same version of Android as the 816h.

There’s no news of an HTC Desire 816h release date just yet, although as the phone has passed through TENAA we imagine it won’t be too far away. We also don’t know about regional availability of the phone, though we’ll keep you informed when we hear more.

What are your initial thoughts on the HTC Desire 816h as a variant of the Desire 816? Send your comments to let us know.