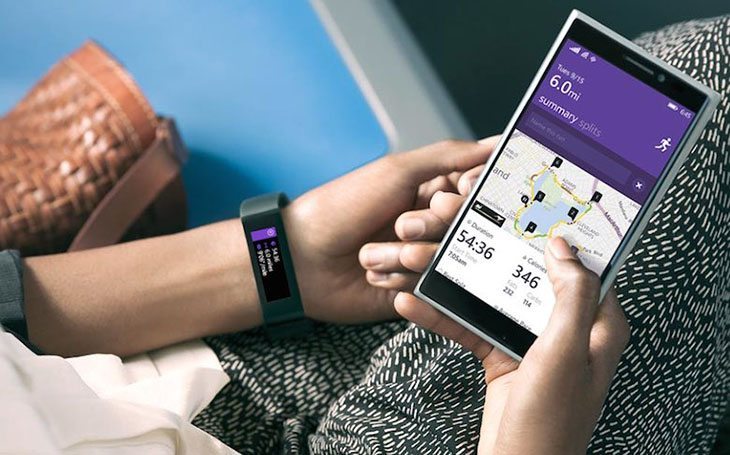 If we take a quick look at the market today, everyone that matters has a smart wearable device, whether that’s a smartwatch or a fitness tracker. Regardless if it’s powered by Android, or Tizen, made by Pebble, Apple, Samsung, LG, Motorola, Sony, or another manufacturer, about the only big name missing from the list is (was) Microsoft. That all changes today, as the Redmond-based company is introducing its brand new “Microsoft Health” platform, as well as the “Microsoft Band” to accompany it.

The Microsoft Health platform will concentrate on gathering data (fitness, life, etc.) from devices that monitor and generate relevant information. The announcement also mentions that the Microsoft Health appÂ will be available on Android, iOS and Windows Phone, starting today. “Microsoft Health will unite data from different health and fitness devices and services in a single, secure location”, says the press release, and, at launch, these functionalities and reports will be available:Â which exercises burned the most calories during a workout, the recommended recovery time based on the intensity of a workout, and the amount of restful vs. restless sleep. More will be added later, like the ability to combine such information with Calendar, and Email. For now, Microsoft Health will work withÂ UP by Jawbone, MapMyFitness, MyFitnessPal and RunKeeper.

However, it’s not all about the logistics and platform. Microsoft has also unveiled a fitness tracker called “Microsoft Band”, “a smart band designed for Microsoft Health, for people who want to live healthier and be more productive”. The smart band is designed to gather informations 24 hours per day, and is targeting those users who are active both at the gym, as well as at the office. Ten smart sensors ensure that the Band is constantly monitoring your hear rate,Â calorie burn measurement, advanced sleep quality tracking and more as well as Guided Workouts curated by Gold’s Gym, Shape, Men’s Fitness and Muscle & Fitness.

Additionally, Band will also offer other functionalities and information like notifications forÂ incoming calls, emails, texts and social updates as well as access to Cortana. For now, Microsoft Band is only available in theÂ US, in limited quantities at MicrosoftStore.com. Starting October 30, it will also be available in Microsoft Stores, and it sets you back $199.