iPhone 6 Plus could mean the demise of the iPad Mini 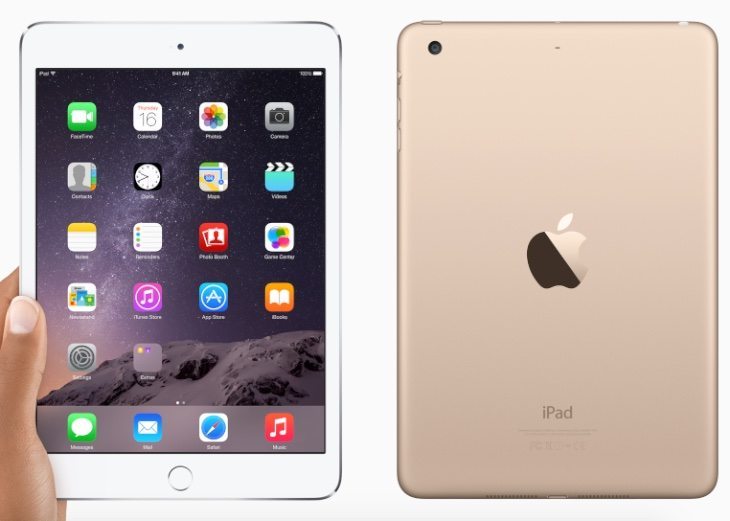 There’s some news out of Taiwan to report on today regarding the future of the iPad mini. It’s reported that the smaller iPad may be on its way out as Apple focuses instead on the much-rumored iPad Pro, thought to have a display size of between 12.2 and 12.9-inches. If this is accurate then several factors are claimed to have led to this decision, and the iPad 6 Plus could play a part in the demise of the iPad mini.

From the start we should point out that we’re remaining sceptical about the original report from the Economic Daily News in Taiwan, as this source has a mixed record of accuracy. Nevertheless it’s being widely discussed at the moment so we’ll bring you up to speed. The publication claimed that the iPad mini 3 could be the last in the smaller iPad line. It also reported that the decision to axe the iPad mini is down to the arrival of the iPhone 6 Plus with it’s 5.5-inch display, tough competition in the tablet sector, and falling sales of iPads generally.

When Apple unveiled the iPad Air 2 and iPad mini 3 last month it was clear that it was the new iPad Air that received the lion’s share of improvements and new features. On the other hand, the iPad mini 3 simply gained the Touch ID fingerprint scanner and a new color option, hardly something to write home about. Speculation about this pointed to the iPad Air being by far the more popular of the two tablets.

If we assume for now that the above information is genuine and that the iPad mini will be discontinued, is this really down to the appearance of the iPhone 6 Plus phablet? The larger of the two new iPhones is proving a big success and has a 5.5-inch screen while the standard iPhone 6 has a 4.7-inch display. The iPad mini 3 has a 7.9-inch display by comparison, so the size of the iPhone 6 Plus is still notably different.

Another thing to consider is that while we appreciate the growing trend towards smartphones with larger displays, not everyone wants a phablet-sized device and are quite happy with the 4.7-inch iPhone 6. From our own experience we have the standard iPhone 6 and an iPad mini as we didn’t want the full sized iPad, and so the prospect of Apple seeing off the mini tablet would be extremely disappointing.

With this in mind we’d like to ask readers how they feel about the possible end of the iPad mini line? Do you think there’s no longer a place in the market for the smaller iPad? Maybe you feel like us, that the iPad mini is a great alternative choice to have? Let us know by sending your comments.