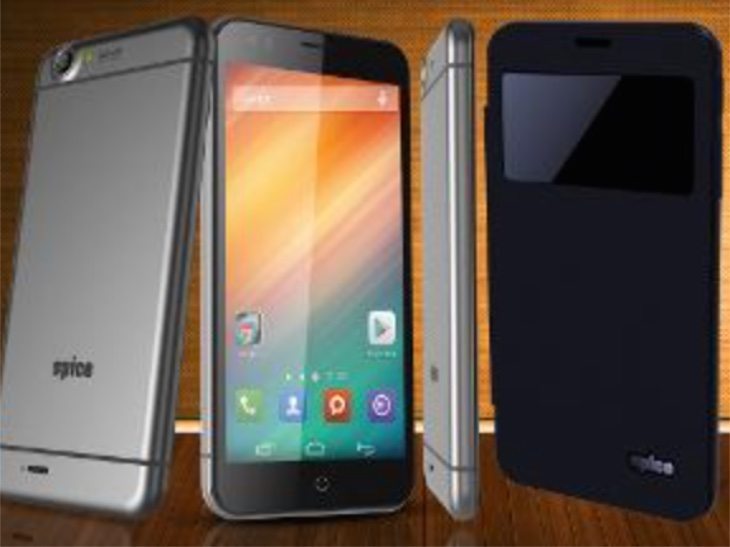 There seems to be a penchant at the moment for new smartphones that look strangely like iPhones. One such example is the Spice Mi-549 that hasn’t yet been officially launched but has now appeared online. We have details of specs and the Spice Mi-549 price for India, and we feel this is an iPhone 6 Plus lookalike.

Last week we informed readers of the new Lenovo Sisley S90 that also looks rather like an iPhone, and now the new Spice phone has joined the fray. The Spice Mi-549 has appeared in an online retailer listing with an affordable price tag of Rs. 7,999, so is obviously very unlike an iPhone in this respect. It’s not yet available to purchase as it’s listed as ‘out of stock,’ although it ‘s likely to arrive for sale very soon.

The Mi-549 is a dual SIM phone with dual standby, and specs include a 1.3GHz quad-core processor (unspecified chip), a 5.5-inch full HD display with resolution of 1920 x 1080, 1GB of RAM, and 8GB of internal storage that’s expandable via microSD to 32GB. Camera-wise you’re looking at an 8-megapixel rear camera with autofocus, LED flash and 1080p video capture, as well as a 2-megapixel front-facing unit.

You can see the online listing for the Spice Mi-549 at HomeShop 18. Does this look like a phone you might be interested in, and do you agree that in appearance at least it looks very much like the iPhone 6 Plus? Let us have your comments.