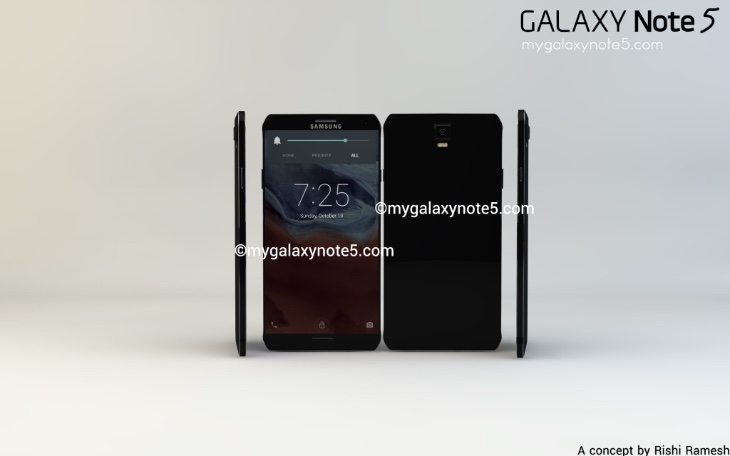 Although we only recently saw the release of the Samsung Galaxy Note 4, attention is already turning towards the 2015 version. Believe it or not we’ve already seen previous concept ideas for the Note 5 and now a new one has appeared, this time from a well-known designer. This latest Samsung Galaxy Note 5 design has some tasty specs, and we’d like to hear what you think about it.

This new concept render comes from Rishi Ramesh and the metal finish looks sleek, with a narrower build than we’re used to for the Note lineup. One of the nicest design touches is the angular corners, giving the handset a more edgy look and something fresh. The designer has also come up with a very appealing specs sheet for the device. 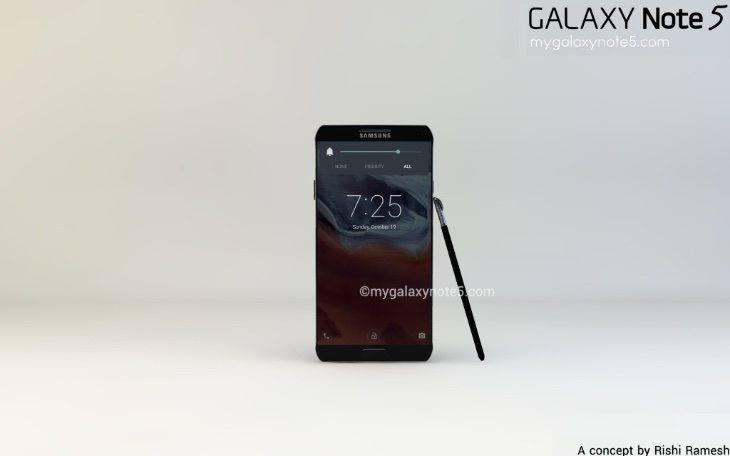 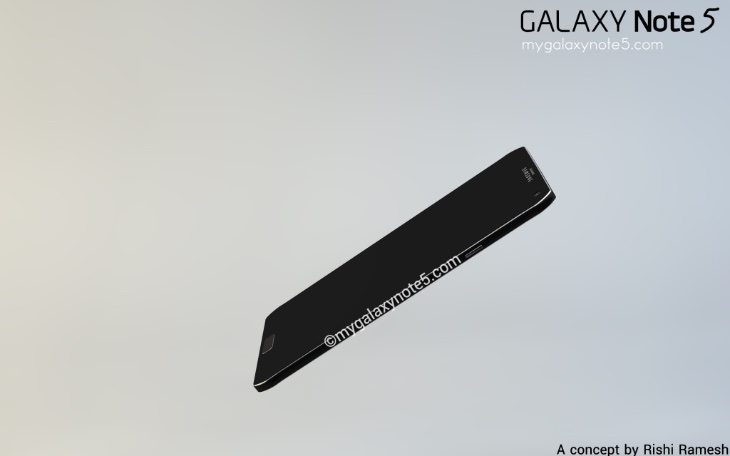 This Galaxy Note 5 imagining is also dust proof and waterproof and features a brand new S Pen stylus with enhanced gestures. These specs would be a very nice step up from the Galaxy Note 4, but some might feel they are over optimistic. You might also want to compare this latest design with a previous Galaxy Note 5 render that we showed readers here.

It would be very interesting to hear your opinions on this new Samsung Galaxy Note 5 vision. As far as the design itself is concerned do you like what you see? Do you think the above specs are a real possibility or not? Let us have your comments.

One thought on “Samsung Galaxy Note 5 design has tasty specs”