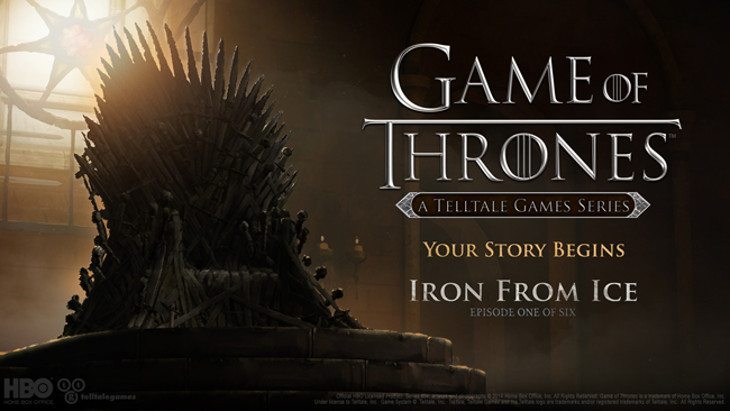 Game of Thrones is a phenomenon like no other, and it is always a drag when you have to wait out the winter before new episodes arrive. Telltale Games has something to make the wait bearable if you happen to own an iDevice as the new Game of Thrones iOS release is imminent.

The Game of Thrones iOS game is Telltale’s take on the world of Westeros, and you’ll control characters that live within that realm. The game is in the vein of the company’s Walking Dead games which are absolutely great if you haven’t played them. The gameplay should remain the same, and that’s a good thing in this case considering “decisions” have always played an important part in Game of Thrones.

Chapter One of the new Game of Thrones game will be called, “Iron from Ice” and you’ll tackle the tale of House Forrester during the War of the Five Kings. The game takes place between the end of season 3 and the beginning of season 5, and you’ll switch between 5 different character that represent House Forrester. You can expect some familiar faces to pop up along the way as well.

It’s safe to say the Game of Thrones iOS release will be huge when Telltale drops the game in the App Store. The company’s other games have been big hits on any mobile platform they land on, even when they arrive extremely late. As usual, Android users will have to wait or turn to their PC’s and Consoles as the first chapter is expected to arrive very, very soon.