Standalone mobile games that are tied into their console counterparts are a growing trend, and Ubisoft is at the forefront of that movement. Far Cry 4 just rolled onto consoles and as you’d expect, Ubisoft released a mobile game with the Far Cry 4 Arena Master app.

The Far Cry series is an acquired taste, but it’s a popular franchise to say the least. The Far Cry 4 Arena Master app drops you in the savage world of Far Cry where you play an ‘Arena Master’ battling opponents to the death. The Master part comes into play as you’re tasked with running a stable of fighters… and animals.

When you aren’t battling in the arena, you can recruit mercenaries and take on quests to capture animals. The quests take place on a world map, and it is all synced up nicely to your copy of Far Cry 4. In addition to the Arena Master app, Ubi also dropped a Far Cry Arcade Poker game. That was not a typo on any sort. It’s the last thing we expected to see, but it’s quite a bit of fun nonetheless. It’s also not your typical game of “Arcade” poker. 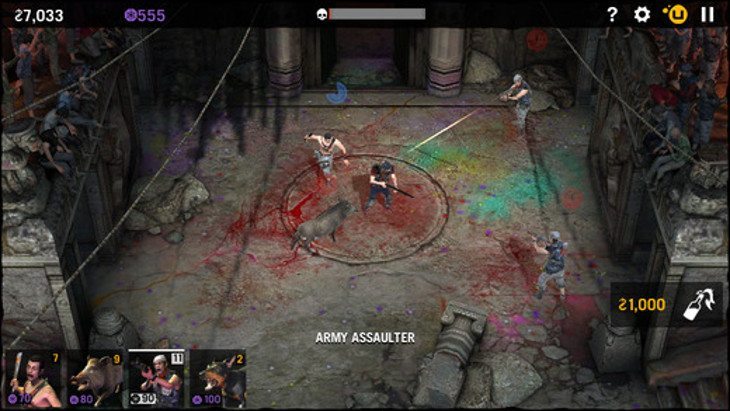