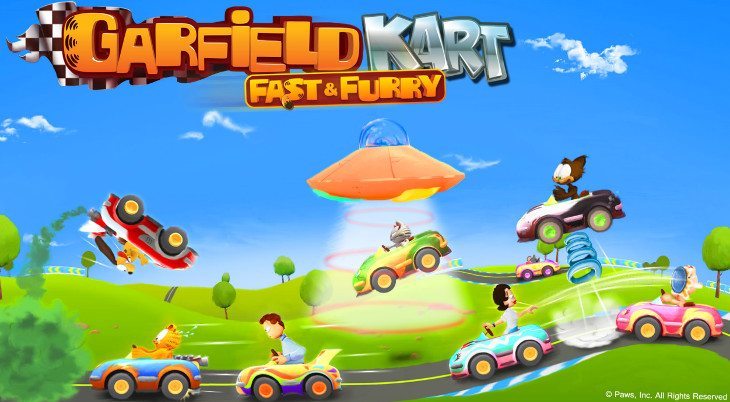 Most of the population under a certain age has played Mario Kart, and Kart Racing games on mobiles can be a match made in heaven. Garfield Kart Fast & Furry is the latest game to take things to the track, and its set in the world of Garfield, Odie and the rest of the gang. Hopefully Sheldon will make an appearance, but we haven’t seen him yet.

As with any Kart Racer, the goal of the game is to get around the track and take out your opponents with fun things like pies. Garfield Kart Fast & Furry gives users a couple of different control styles to work with, and there are various game modes and challenges to take on as well. The playable racers include Garfield, Jon, Arlene, Nermal, Liz, Harry, Squeak, and Odie. Other features to note are Time Trials, Solo and Multiplayer Championship Mode and character customization. 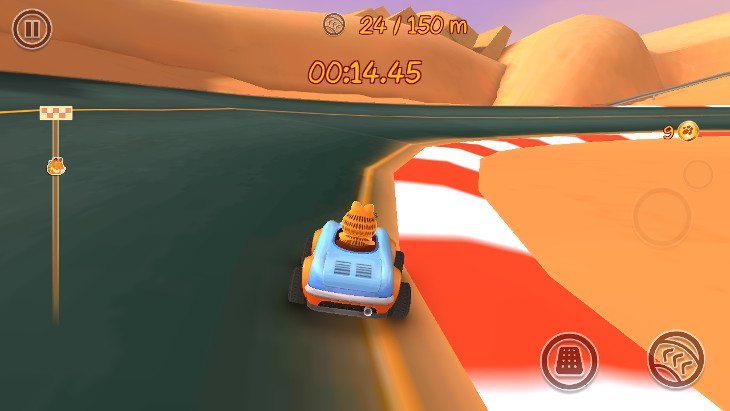 While I never played the original, Garfield Kart Fast & Furry is a Kart Racing game fans of the fat feline will enjoy. There are a slew of challenges to take on, and it’s a great looking game with a lot of shine. There are some ads and in-app purchases, but the game appears to be free for the most part. If you want to give it a whirl, you can pick up Garfield Kart Fast & Furry for free on the App Store or Google Play.