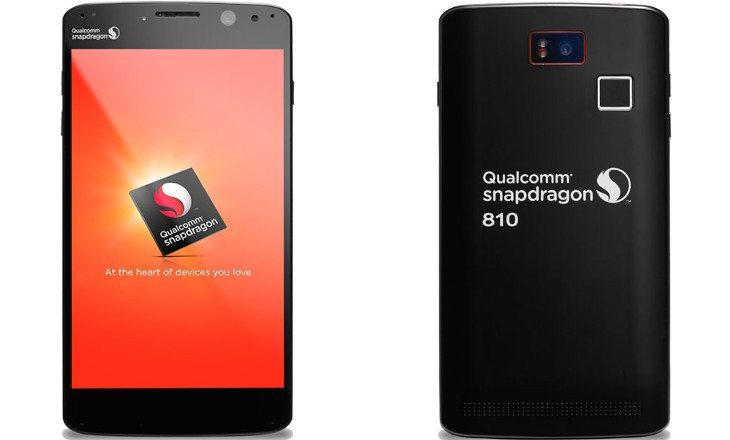 Most folks haven’t heard of the Qualcomm Snapdragon 810 MDP Smartphone, and there’s a good reason for that. It’s a device geared towards developers which gives them a chance to work with the latest and greatest SoC’s from Qualcomm. It isn’t your typical developers edition device either as the Snapdragon 810 MDP specs will make you drool…

The rear camera on the Snapdragon 810 MDP is listed as a 13MP sensor with OIS and a Dual LED flash while the front-facing cam is a 4MP snapper with autofocus. Because the phone is awesome, it will have a fingerprint scanner, tri-color notification LED, USB 3.0, micro HDMI, micro SD slot, and a massive array of sensors including UV and Temperature. You’ll also get Bluetooth 4.1, Gen8C GPS, NFC, WiFi, Quick Charge support, 8 microphones, and a 3,020 mAh battery.

As you’d expect, a handset that has the power the Snapdragon 810 MDP Smartphone specs show isn’t going to come cheap. The device is priced at $799 unlocked, and will be roll out sometime in mid-December. It’s obviously not going to be a device for everyone, but you’ll be guaranteed to have the fastest phone around if you can afford to pick one up.