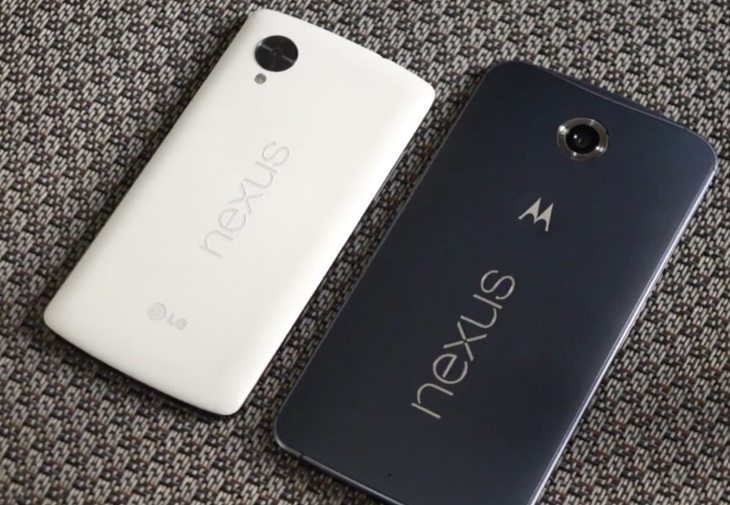 The Google Nexus 6 is just starting to arrive in the hands of buyers with more regions to follow soon. The Motorola-made handset is much larger than the LG-made Nexus 5 that released last year, and while some Android enthusiasts appreciate the bigger display, others may not be quite so keen. The Nexus 5 was a massively popular smartphone so some may now consider purchasing the older handset instead. Today we have a video comparison of the Nexus 6 vs. Nexus 5 that could help you make that decision.

The display of last year’s Nexus 5 measured 4.95 inches while the Nexus 6 display is a whopping 5.96-inches putting it firmly in the large phablet category. The Nexus 5 gained a reputation for decent specs with competitive pricing, but the Nexus 6 this year stands out with top-notch specs, a larger build, and a price to reflect that. Bearing this in mind it’s worth finding out if last year’s cheaper Nexus handset or the latest and greatest is the right choice for you.

Below this article we’ve embedded a YouTube video from Pocketnow that aims to answer this question. The comparison begins with looking at the designs of both phones and when you see the handsets alongside each other the size difference is clearly evident! The video then covers all of the key specs such as displays, processors and storage. 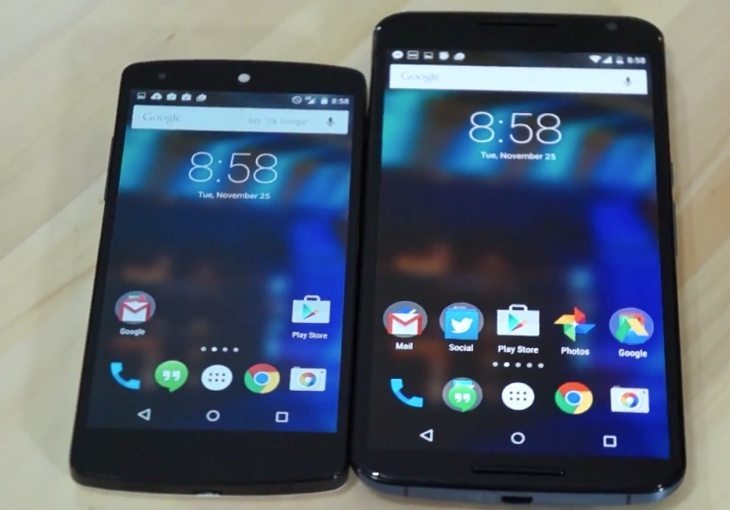 When moving onto the software these phones both offer the latest Android 5.0 Lollipop operating system, and as Nexus devices will both receive speedy future updates. As the phones are the same in this respect the comparison focuses instead on real world usage, and interestingly the reviewer points out how much he misses the notification light on the Nexus 5 that is missing on the Nexus 6. However, it’s noted that this feature could be enabled for the Nexus 6 in a software update further down the line.

The camera capabilities of the phones are then covered, followed by connectivity options, gaming experiences, and battery life. In the conclusion we hear that the Nexus 6 is indeed a major improvement over the Nexus 5, just as we would expect. However, buyers need to consider if they really want the much larger size of the Nexus 6 as well as the higher price ($300 more) that goes with it. Some of this may well depend on whether you want to buy a phone off-contract or are willing to sign a two-year contract to gain subsidies.

When you’ve viewed the video below and come to your decision we’d be really interested to hear what you think. Are you more likely to choose the capable Nexus 5 with its cheaper price tag, or opt for the superior larger Nexus 6 and swallow the price hike? Drop us your comments in the box below.

One thought on “Nexus 6 vs Nexus 5, price and size decides”