Nexus 9 for India now up for grabs at Amazon 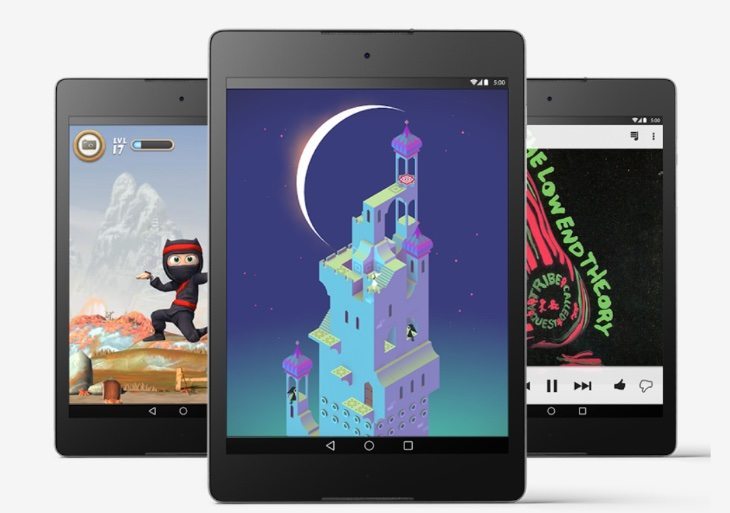 The Google Nexus 9 tablet will be in big demand over the next few months. Nexus devices are hugely popular with Android enthusiasts as they run pure vanilla Android and are the first to receive new OS updates. The Nexus 9 for India is now up for grabs at Amazon, giving buyers another option for where to purchase the HTC-made tablet.

In October the Google Play Store India listed the Nexus 9 with a price of Rs. 28,900 for the 16GB WiFi-only version, with the 32GB LTE version showing as Rs. 44,900. Now the WiFi 16GB Nexus 9 in the Black colour option is also on sale at Amazon India, matching the Google Play price of Rs. 28,900, and if you want this tablet there’s good news as it’s in stock at the online retailer right now.

There’s no news of the Nexus 9 LTE variant also going up for sale, but we anticipate its arrival soon. The Nexus 9 was the first device to release running Android 5.0 Lollipop out of the box, followed by the Motorola-made Google Nexus 6 smartphone. The Android Lollipop update has also started to roll out in some regions to other devices including some older Nexus phones and tablets, the Moto X and Moto G, Samsung Galaxy S5 and more. 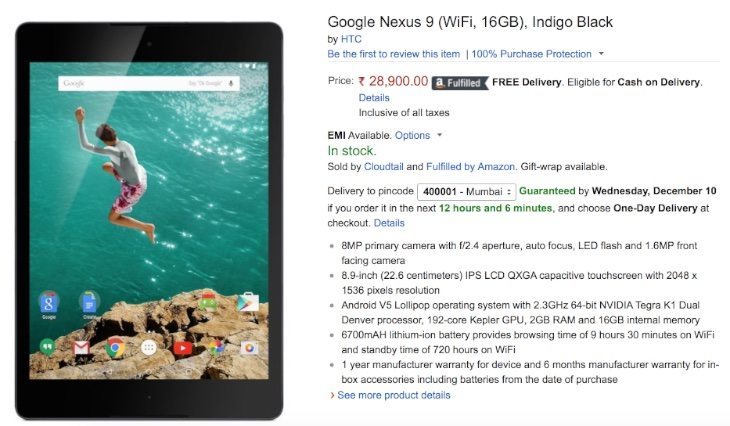 Specs of the Nexus 9 include a 2.3GHz Nvidia Tegra K1 64-bit dual-core processor, Kepler DX1 graphics, an 8.9-inch IPS display with resolution of 2048 x 1536 and 281 ppi, and 2GB of RAM. It has an 8-megapixel rear camera with autofocus, LED flash and 1080p video capture, a 1.6-megapixel front-facing snapper, and a non-removable 6700 mAh battery. It also has dual front-facing speakers featuring HTC BoomSound.

To find out much more on the Nexus 9 tablet you could head to any of our earlier articles on it from this link. These include specs and video comparisons with other popular tablets such as the iPad Air 2, iPad mini 3 and Samsung Galaxy Tab S 8.4, gaming reviews and more. If you decide you want to order the tablet from Amazon India you can do so at this product page.

If you are one of our many readers in India are you pleased to hear that the Google Nexus 9 tablet is now available from Amazon? Are you convinced that this will be your next device purchase? We’re always interested to hear what you have to say so why not send us a comment.