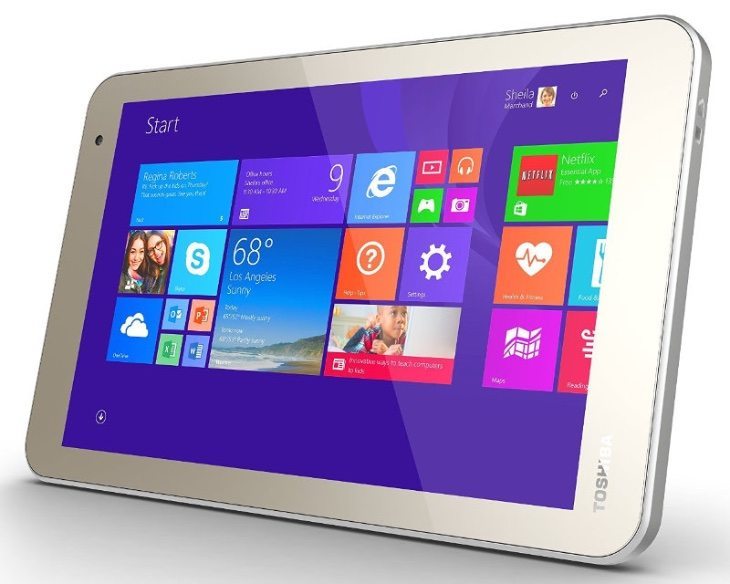 Readers in India who are looking for a new tablet device may be interested in a new Toshiba one that has been arrived for the country today. We have news of the Toshiba WT8 tablet price and specs from the India launch, and it’s worth noting from the beginning that this device runs the Windows 8.1 operating system.

Some readers may have heard of this tablet when it was first announced in May and at that time it was referred to as the Toshiba Encore 2. The Toshiba WT8 has gone on sale from Amazon India today with a price of Rs. 15,490, and it comes with a free one-year subscription for Office 365.

Connectivity is taken care of with WiFi 802.11 b/g/n, Bluetooth 4.0 and USB 2.0. The tablet is in a Satin Gold colour and is 9.48mm thick, weighing in at 385g. There are also stereo speakers featuring Dolby Digital Plus offering a surround sound experience with Surround Virtualizer and Surround Decoder.

Are you in the market for a new tablet? What do you think of the price of the Toshiba WT8 for India? We always appreciate receiving your comments so do let us know.