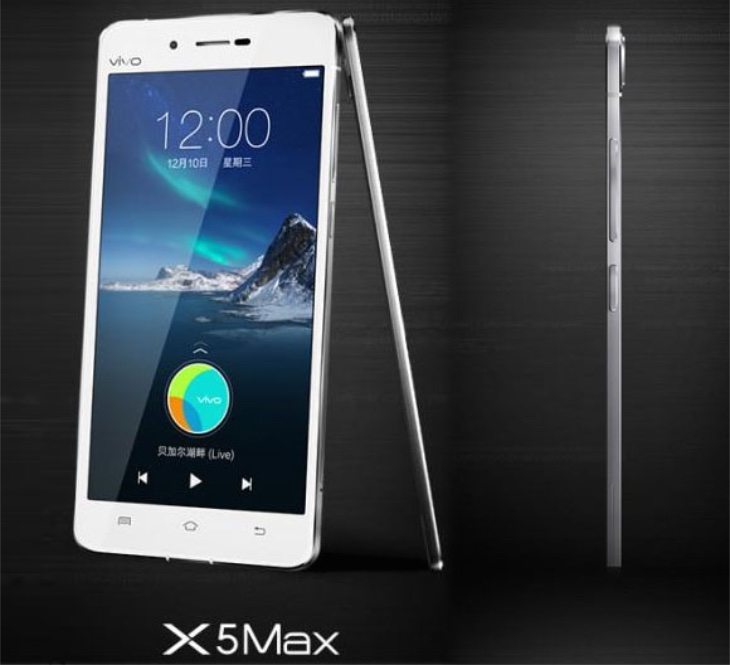 There has been news lately about an upcoming Vivo device that was set to take the title of world’s slimmest smartphone, and just as expected the Vivo X5 Max was officially launched today. We have price and release details ahead, along with confirmed specs of the phone that measures just 4.75mm thick, or should we say thin.

To get a handset this thin Vivo needed to use a screen that measures only 1.36mm thick. Some may think that the X5 Max is all about the extremely sleek design and that the thinness of the phone might have meant sacrificing specs. However, that’s not the case as the X5 Max has a very decent specs sheet.

This is a dual SIM device (one microSIM and the other nanoSIM), but if this is not required it can take a microSD card. Despite the slim design Vivo has still managed to include a 3.5mm audio jack. We also now know of a feature we hadn’t heard about in previous leaks of the phone. Vivo has included a built-in Karaoke app using the Yamaha YSS-205X chip and enhanced by Hi-Fi 2.0 support from the speakers of the device.

As previously reported the Vivo X5 Max will release in China first and that all-important date is December 22nd. It’s expected to follow at some point to further markets. The price of the phone for China is CNY 2,998, that equates to around $485, Â£310, or Rs. 30,000, although prices are likely to vary by region.

Do you like the look of the Vivo X5 Max? Does the idea of having the world’s slimmest smartphone appeal to you? Let us have your comments.