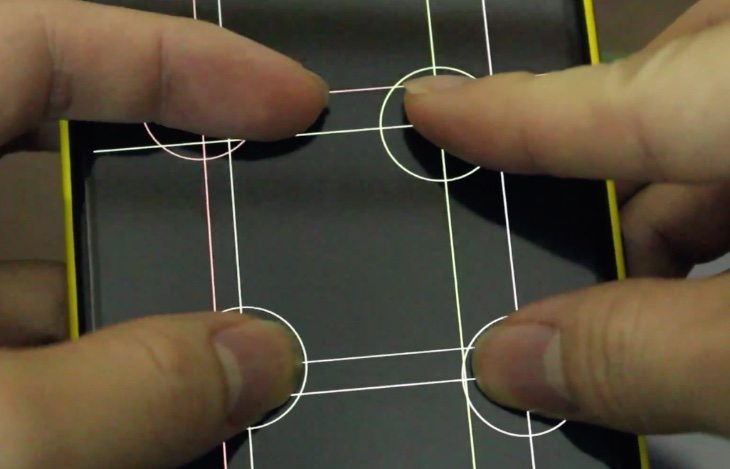 The Microsoft Lumia 535 budget smartphone recently released and has been attracting plenty of attention as the first non-Nokia branded Lumia handset. It seems to have been pretty popular in certain regions so far, but now a Lumia 535 touch screen problem has been acknowledged by Microsoft.

If you already have the Lumia 535 you may have noticed an issue with the sensitivity of the touch display, so it may interest you to learn that you are far from being the only one. A video has emerged that shows exactly the nature of the problem that is being reported, and it concerns how your fingers are tracked on the screen when touching the glass display.

We’ve embedded the YouTube video below so that you can take a look, and although the narration is in Vietnamese you don’t really need to understand the language to see the issues being demonstrated. One of the difficulties is with multi-touch and users who enjoy using the Word Flow feature on Windows Phone 8.1 may find this is difficult at the moment.

About the only good news concerning this is that Microsoft has acknowledged there’s an issue and is currently making progress on a software update to fix it. There’s no news on when this update will release for the Lumia 535, but it may be worth trying an attempt to improve the display sensitivity that some users of the phone have found. You can do this by disabling the default Screen Magnifier by heading to Settings followed by Ease of Access.

It would be interesting to hear from readers about this issue. Have you been having a problem with the touchscreen sensitivity of your Microsoft Lumia 535? Maybe you’re relieved to hear that you’re not the only one and that Microsoft is currently working on a fix? Let us have your comments on this.