Rockstar is a name most gamers will be familiar with as they’ve put out some of the most popular games on the planet. A number of those titles have found their way to mobiles, and today another game from the GTA series arrived in the form of Grand Theft Auto Chinatown Wars for Android.

If you’re not familiar with the game, Grand Theft Auto Chinatown Wars isn’t like GTA 3, Vice City or San Andreas. The game uses a rotatable camera to let you take in the action from above, and the graphics are more like a Telltale game than your typical modern GTA title. It also involves triads, narcotics, and has some killer mini-games.

We haven’t fired up the Android port of Grand Theft Auto Chinatown Wars yet, but it should play like it does on iOS which means you’ll have touchscreen controls, additional radio stations and a few other tweaks. The iOS version had a custom station that used your iPod library, but we’re not sure if that will be a feature of any kind in GTA Chinatown Wars for Android. 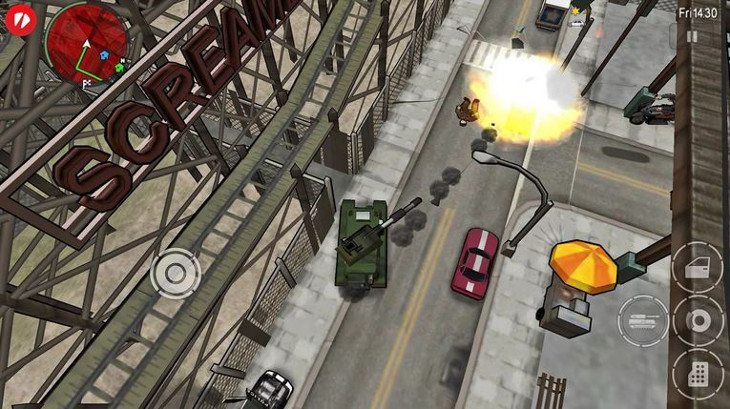 As with most games of this nature, there are a few requirements if you want to run Grand Theft Auto Chinatown Wars along withÂ a few perks. You’ll need to be on a device running Android 4.0 or higher, but that shouldn’t be a problem for most folks. You will also want to have around 900MB of free space at the ready as Chinatown Wars is a large game. On the flipside, the game has controller support and works with Android TV devices.

Grand Theft Auto Chinatown Wars is a different kind of GTA, but it’s an awesome game that’s made for portables and well worth your time. It’s definitely a “must buy” kind of game if you’re fan of the GTA series or just like causing mayhem on your portable. You can pick up Rockstar’s Grand Theft Auto Chinatown Wars for $4.99 on Google Play if you want to give it a go.