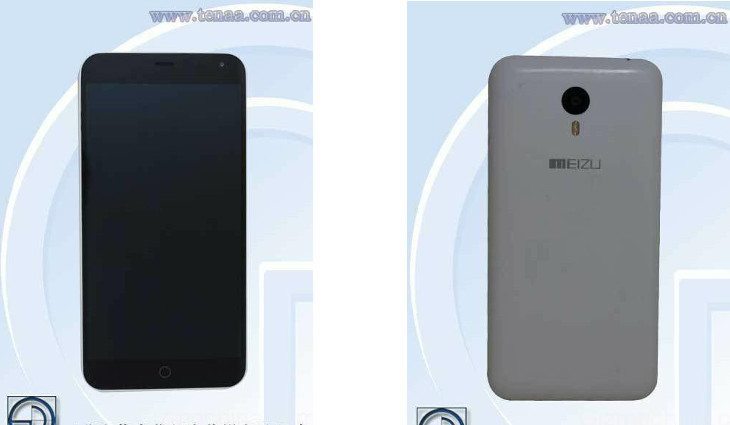 We used to make jokes about Chinese handset makers producing knock-off’s of high-end handset, and while that’s still the case, they sometimes do it to competitors closer to home. The Xiaomi Redmi Note is a popular smartphone, and Meizu seems to be taking a poke at it with the Meizu Blue Charm Note.

In the US, smartphones pass through the FCC before being released, and in China it’s TENAA. We’ve seen a number of cellular gadgets pass through its gates, and the Meizu Blue Charm Note is one of the latest to do so. It was expected, as the company is due to show off not one, but two new smartphones next week.

Meizu is going large with the Blue Charm Note as it’s rumored to have a 5.5-inch display with a resolution of 1,920 x 1,080. It’s also tipped to have a 64-bit octa-core SoC from MediaTek so it should have plenty of speed. Other specs are thought to include 2GB of RAM, 16GB of storage, a 3,050mAh battery, LTE, and a 13MP/2MP camera combo. A version of Android KitKat 4.4 is also a lock.

The Meizu Blue Charm Note is one of two handset the company plans on releasing in their “Blue Charm” lineup, and it is expected to be shown off next week on December 23rd. Pricing and availability should be revealed at that time along with the smaller Meizu Blue Charm.