Knights of the Old Republic Android release arrives at 50% off 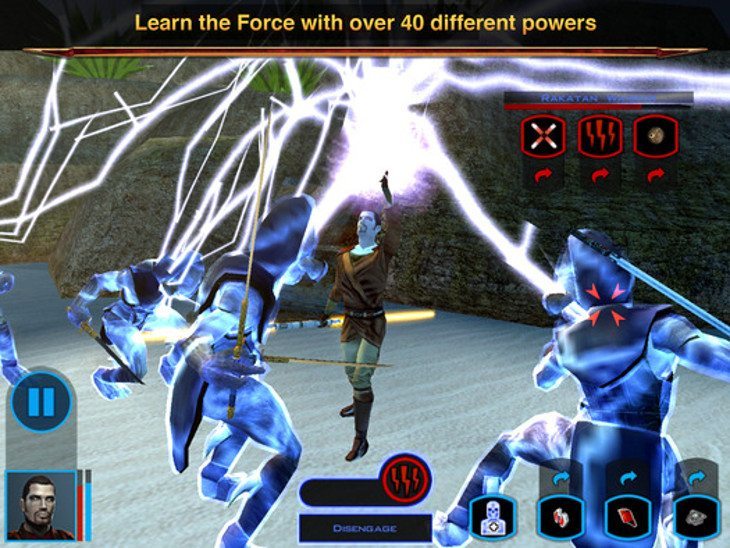 There’s a big new Star Wars movie set to roll out next year, and while there isn’t a new Star Wars game yet, an old favorite has finally arrived for Android. The Knights of the Old Republic Android release has arrived, and Aspyr Media has priced it at 50% off to celebrate this glorious day.

If there’s a Star Wars game most fans agree they like it’s KOTOR, and the Knights of the Old Republic Android release has been a long time coming. The popular RPG has been out since 2003 on consoles and desktop boxes, and iOS users got it last year. Well, the wait is finally over and the Android port looks to be a full-fledged version of the original.

If you’re not familiar with the game, Knights of the Old Republic is an RPG set in the Star Wars universe and it’s just as cool as it sounds. You get your very own ship, you can build your own Lightsaber, and can even master 40 different “force” powers. If that wasn’t enough, KOTOR for Android offers up 9 different types of customizable characters including a Wookies and droids.

Star Wars Knights of the Old Republic won a slew of awards when it was released, and it’s one of the cooler RPG’s you’ll play regardless of the backdrop. We knew Knights of the Old Republic for Android would eventually drop, and it’s a nice early Christmas present for Star Wars fans who own Android devices. If you’re ready to give it a go, you can pick up KOTOR for $4.99 while it’s on sale — just be sure you’ve got some free space clear as it is a 2.4G download.

Knights of the Old Republic