A couple of weeks back, a frustrating new time waster came to Android from the folks at Metro Trains. It’s called Dumb Ways to Die 2, and as the name implies, it is the sequel to a game of the same name. This sequel has a theme however, and it’s taking things to an all new level. After spending some time with the game, we thought it was time for our Dumb Ways to Die 2 review.

Dumb Ways to Die 2 is one of those games where the name says it all. The gameplay makes good use of your swiping, rubbing, and titling abilities (among others) and the goal is to simply rack up points by not dying in increasingly dumb ways. It is much tougher than it sounds. Have you ever had to sprint from Piranhas or groom a Yeti? Yes, our Dumb Ways to Die 2 review has taken us to some very strange places.

The theme for Dumb Ways to Die 2 is the Olympics, and the events are just as wild as you’d expect. We aren’t going to run through them all, but a few of our favorites are Rocket Ski Jump, Dolphin Rodeo, and Killer Whale Dentistry along with the aforementioned Yeti Grooming. That’s just a small sampling of what Dumb Ways to Die 2 The Games has to offer though, and there are plenty of surprises along the way as well. 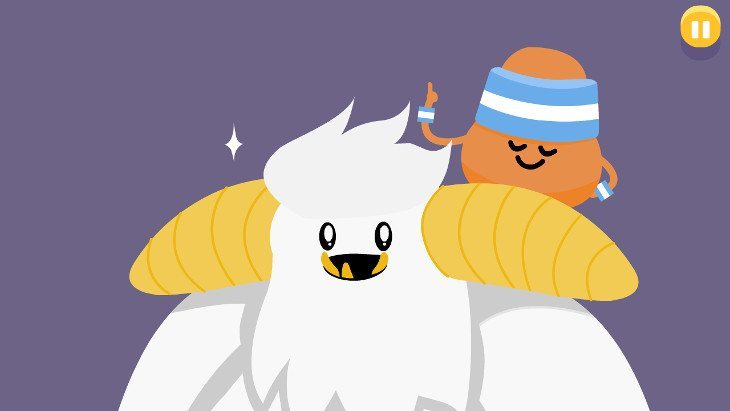 Staying true to the Olympic theme, Dumb Ways to Die 2 is broken down into events that take place on the ice, snow, water and in the field. The Dumb Dome, Drown Town, Freezerville, and Dumbest of the Dumb are all full of deadly little mini-games. There’s also something called “Adrenaland” that’s listed as under construction. Throw in Safety Pledges, unlockable characters, and a bear that likes to eat folks and you’ve got yourself a quirky little mobile game.

Fans of the original DWTD seem to dig the sequel as most of the Dumb Ways to Die 2 reviews are favorable. We’re going to agree with the masses on this one, as we’ve had a blast with The Games, and think you will to. It’s fun, frustrating, and totally free to download on Google Play.