Another listing for the OnePlus Two smartphone appears online 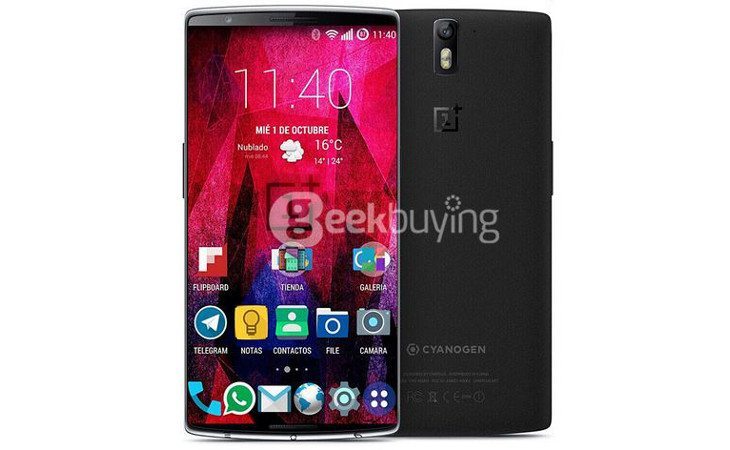 We’ve been hearing rumors of a OnePlus Two for months, and it’s all but a given that the company will launch the handset sometime next year. Well, it seems not one, but two retailers have jumped the gun somewhat as we’ve just seen another OnePlus Two smartphone listing appear online.

It’s not uncommon to see retailers put up a project page a little early, but it usually doesn’t happen for unannounced devices like the OnePlus Two. That means you’ll want to take this listing with a grain of salt, but it is interesting as it’s the second one of these we’ve seen within a month.

The new OnePlus Two listing shows a 5.5-inch smartphone with an FHD display. Under the hood, you’ll find a Snapdragon 805, 3GB of RAM and 64GB of storage. The cameras are listed at 16MP and 5MP respectively, and all the usual connectivity options are listed along with 3,300mAh battery. Those specs line up with the previous listed, and roughly with a couple of other OnePlus Two rumors.

As mentioned, you’ll want to take this OnePlus Two listing and any others with a dose of salt. We fully expect the company to announce the new model early in 2015, but we would be shocked (and pleasantly surprised) if it looked anything like the handset in the photo. We would also be surprised if the specs were that vanilla and there is no “flagship’ feature like a fingerprint scanner or QHD display.

Do you think the OnePlus Two will be better than the original or just a minor upgrade?