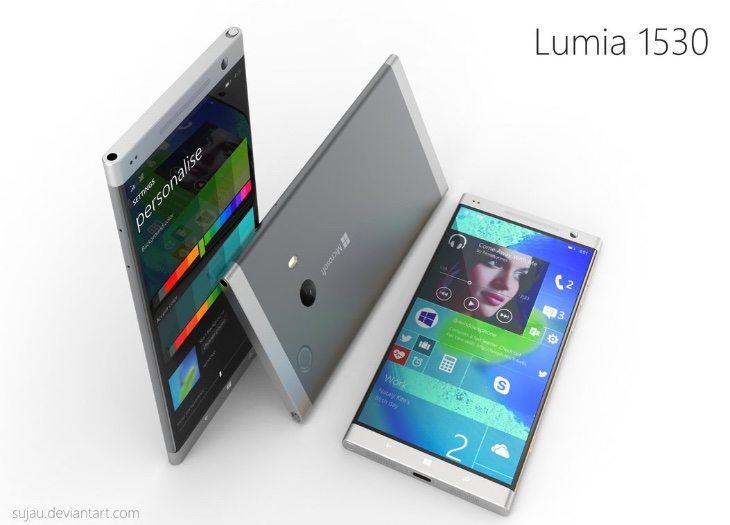 There was plenty of interest in the Nokia Lumia 1520 phablet when it released towards the end of 2013 with a 6-inch display, and we wonder how many people would like to see a replacement for this device. Well how about this new Lumia concept that we’re showing today? This Lumia 1530 design gives it curved edges, and we think it has the wow factor.

We see a lot of smartphone renders, and it has to be said that some are better than others. However, they can all give us some tantalizing glimpses of what could be offered with future handsets and this one appears stylish and sleek. The long edges are completely curved, giving the handset a fluid look and feel, and although it seems as though the display is also slightly curved that’s simply an illusion from the curvaceous sides.

This Lumia 1530 was designed by Sujau over on DeviantArt and looks to have different versions. One looks as though it has a metal and polycarbonate build, while some brightly colored versions appear to be fully polycarbonate. On the reverse you can see a small camera area and the phone also features a largish camera button. 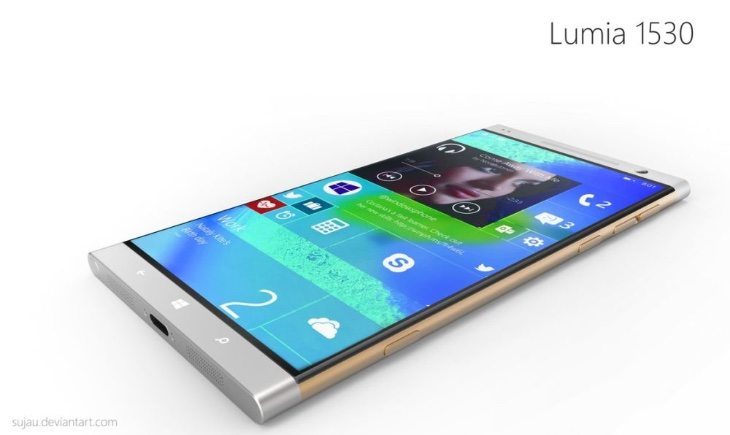 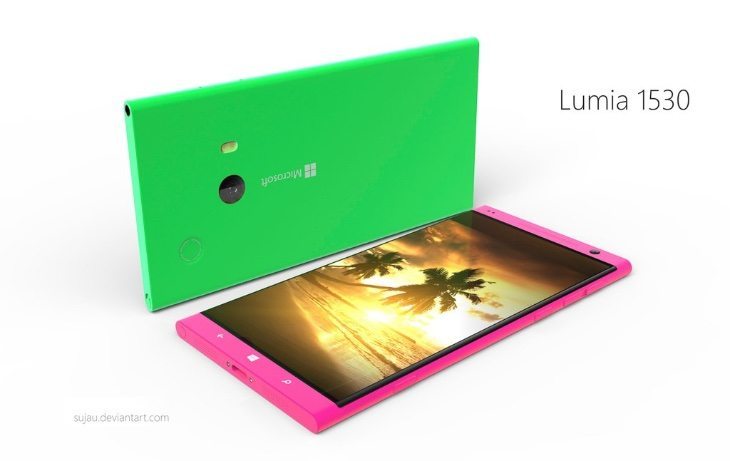 Concept Phones points out that the volume controls on the side are very similar to those on the iPhone 6, and there’s a mixture of black, silver, and gold on this Lumia metal handset. Imagined specs include a Snapdragon 805 or 810 processor, 2 or 3GB of RAM and 32GB of internal storage, and maybe a 20-megapixel + camera.

We feel this is one of the best Lumia concepts that we’ve seen and it will be interesting to see which idea this designer turns his attention to next. Would you like to see a new Microsoft Lumia phablet looking something like this Lumia 1530? Send your comments to let us know.