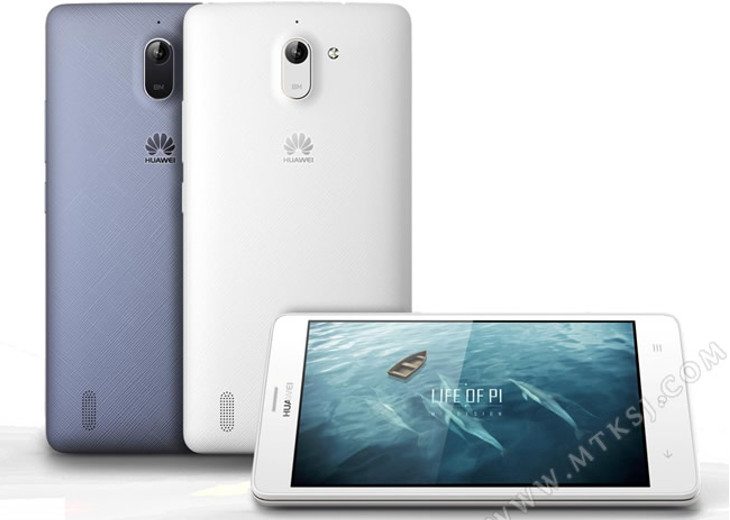 You won’t be able to throw a rock without hitting a smartphone with a 64-bit chip under the hood this year, and you can add one more to that expanding list. Huawei is jumping on the 64-bit bandwagon, and their latest handset looks to bring one of those new chips and LTE to the masses for cheap.

Monarch, Ascend, Glory, and Honor. Those names will be familiar if you’re a Huawei fan, and the Huawei G628 will be the company’s first handset to sport a 64-bit MediaTek chip although we’re not sure which line it will fall under. That said, it’s a 64-bit MediaTek MT6752 clocked at 1.5GHz so it will have plenty of pop.

The rest of the Huawei G628 specs show a 5-inch 720p display, 1GB of RAM, and 8GB of internal storage. An 8MP sensor resides on its backside while a 2MP camera will take care of the selfies, and connectivity options include WiFi, Bluetooth, and LTE. There is no mention of the battery or an sdcard slot, but the dual-SIM handset will Android 4.4 out of the box with Emotion 2.3 on top.

The Huawei G628 should roll out in China soon and it is priced at CNY 1,000, which comes out to around $160 bucks in the states or Rs. 10,000 in India. It’s unknown which regions the device will arrive in after China, but an India release is a safe bet.