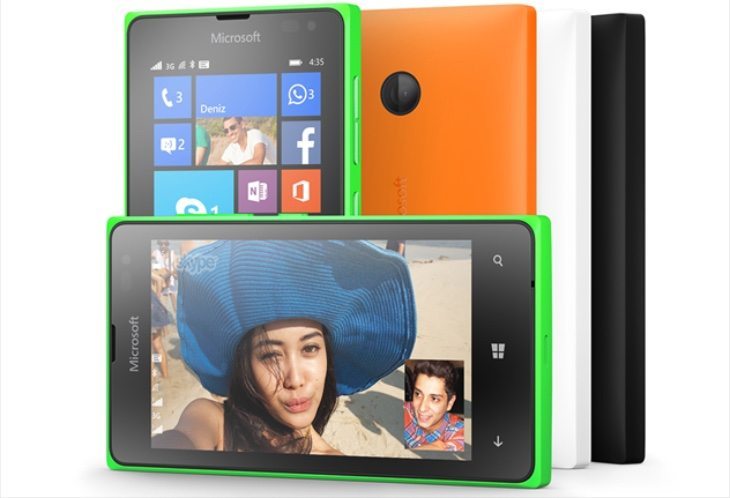 It’s a busy time for Microsoft at the moment, and while many people are waiting for a new high-end Lumia to be announced, the company has just introduced a new low-end handset. The Microsoft Lumia 435 has been confirmed as the cheapest Lumia handset yet, so there’s likely to be plenty of demand.

Just a few moments ago we published news on the new Microsoft Lumia 532, which has also just been made official. This is a budget smartphone but the Lumia 435 has an even lower price. It comes in single SIM or dual SIM models and the price is cited as only â‚¬69 before taxes and subsidies. This is the most affordable Lumia phone so far and makes it a great choice for a first-time smartphone owner or for those who want a back-up phone.

That price equates to around Â£53, $81 or Rs. 5,041, although it’s worth pointing out that pricing will differ according to region and operator. Lumia 435 specs include a 1.2GHz Snapdragon 200 dual-core processor, a 4-inch display with resolution of 800 x 480, 1GB of RAM, and 8GB of internal storage, expandable to 128GB via microSD. Buyers of the phone will also get up to 30GB of free OneDrive cloud storage.

The Lumia 435 has a 2-megapixel rear fixed focus camera, VGA front-facing camera, and a 1560 mAh battery. It runs Windows Phone 8.1 with the Lumia Denim update. The handset weighs 131.8g and it will release from February to various markets including Europe, India, Asia Pacific, the Middle East and Africa. Color options are black, bright green, bright orange, or white.

You can see more about the Microsoft Lumia 435 in the YouTube promo video that we’ve emdedded below this story for your convenience. Are you tempted towards the Lumia 435 budget smartphone?