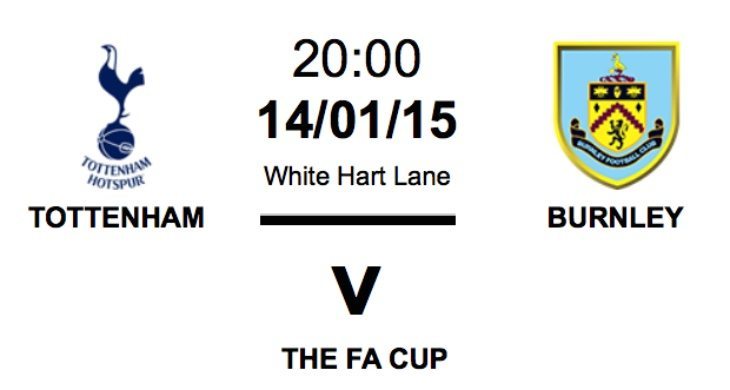 There’s more third round FA Cup action this evening when Tottenham take on Burnley. It looks as though Emmanuel Adebayor could make the starting lineup for Spurs while Burnley’s captain Jason Shackell could be out. Mobile apps can be one of the best ways of finding out the latest football information, so for Tottenham vs. Burnley team news, live scores and more we have details of an app that has just been updated that will keep you informed.

Goal.com is an app from the world’s number one football website, and it brings the latest news from all over the football world, including of course FA Cup news. This hugely comprehensive app is available for iPhone and iPad or Android devices and includes team news, breaking transfer news and rumours, match commentaries and lives scores.

There’s coverage of all of the top stories and fixtures by journalists on the ground, taking in worldwide leagues and competitions. Aside from the FA Cup you’ll also be able to keep informed with Champions League, Premier League action, La Liga, and much more. Another benefit of the app is that it offers personalized alerts and notifications for the team of your choice, so whether you’re a supporter of Spurs or The Clarets this app will suit you.

For tonight’s FA Cup third round replay recent lineup it’s thought that Tottenham Hotspur’s Erik Lamela is in doubt while Michael Duff could be making a return for Burnley, but with only hours to go there’ll be confirmed news on the starting eleven coming up later. The iOS version of the Goal.com app has just received an update today. You can download it from iTunes and it’s compatible with iPhone, iPad and iPod touch running iOS 6.0 or later.

If you want the Android version of Goal.com you will find it at Google Play. This one is compatible for devices running Android 2.3.3 or later. This is a very well regarded app by football enthusiasts, so why not give it a whirl and see what you think, especially as it’s free!

Do you want to be kept in the loop for Tottenham vs. Burnley later today. If you check out the Goal.com app for FA Cup news, do let us know what you think of it by dropping us your comments in the box below.